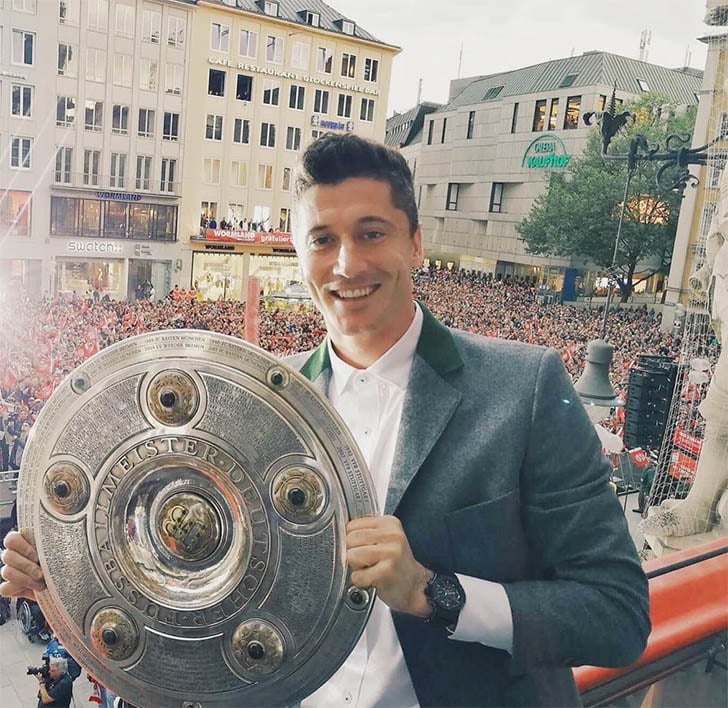 Romelu Lukaku’s confidence could be “rattled” if Manchester United sign Robert Lewandowski in the summer, according to Ray Wilkins.

The Poland international has been linked with a potential move to the Premier League over the past season or so.

The 29-year-old striker has scored 20 times in 23 games in the Bundesliga to help Bayern build a 19-point lead at the top of the table.

Lewandowski has a fractious relationship with the Bayern board to open up the possibility of a summer move away from the Allianz Arena.

According to reports, the former Borussia Dortmund forward is keen to secure a summer exit following four seasons at Bayern.

Chelsea FC and Manchester United have been linked with a potential swoop to sign the Polish striker in the summer transfer window.

“I think Chelsea need him more at the moment,” Wilkins told Sky Sports.

“I saw little signs of [Romelu] Lukaku coming to life at the weekend [in the 2-1 win over Chelsea at Old Trafford]. That run he went on from the halfway line was absolutely magnificent and that’s what he’s more than capable of doing.

“I think if you took Lewandowski in there you might sort of rattle his confidence a touch, making him think ‘you’re not quite happy with what I’m doing’.

“They’ve got [Zlatan] Ibrahimovic, [Marcus] Rashford, [Anthony] Martial, you’ve got [Alexis] Sanchez who could go in there.”

Lewandowski has scored 97 times in 119 games in the Bundesliga during the last four seasons at Bayern.

Thibaut Courtois predicts where Chelsea FC will finish this season

Thibaut Courtois predicts where Chelsea FC will finish this season