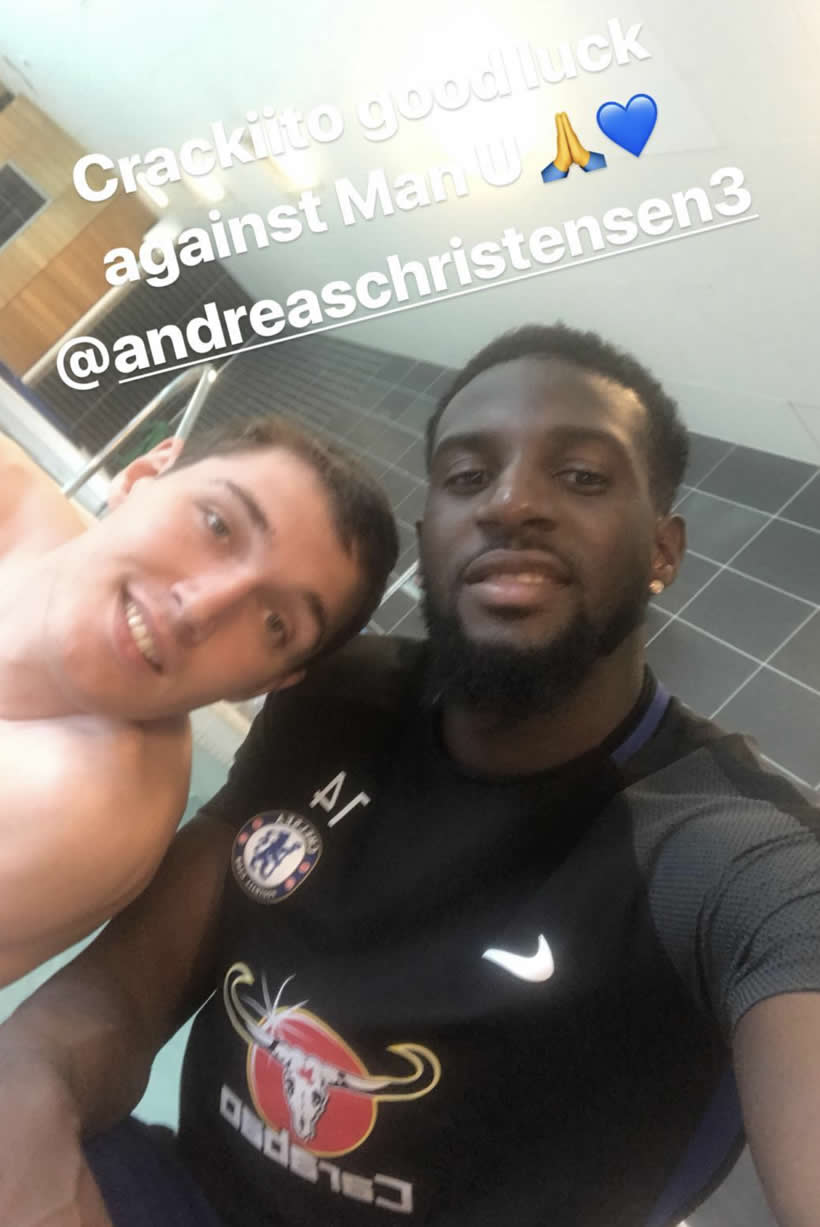 The Blues head into the game looking to get their Premier League campaign back on track as they bid to at least finish in the top four this season.

Christensen found himself in the headlines for the wrong reasons on Tuesday night when his loose pass allowed Lionel Messi to capitalise and equalise for FC Barcelona in the Champions League last 16 clash.

Bakayoko is currently sidelined with an injury and won’t make the trip to Old Trafford with his team-mates.

However, the midfielder was quick to snap a photo with his team-mate at Cobham on Saturday and send a good-luck message to the Denmark international.

Bakayoko posted the picture above on his personal Instagram story and wrote the caption: “Crackiito good luck against Man U.”

Chelsea FC are aiming to at least finish in the top four this season after having won the title in Antonio Conte’s first campaign in charge at the club last term.

The west London side will take on FC Barcelona in the return leg of their Champions League last 16 clash on 14 March in Spain.

Charlie Nicholas: Why I wouldn’t want Jose Mourinho at Arsenal