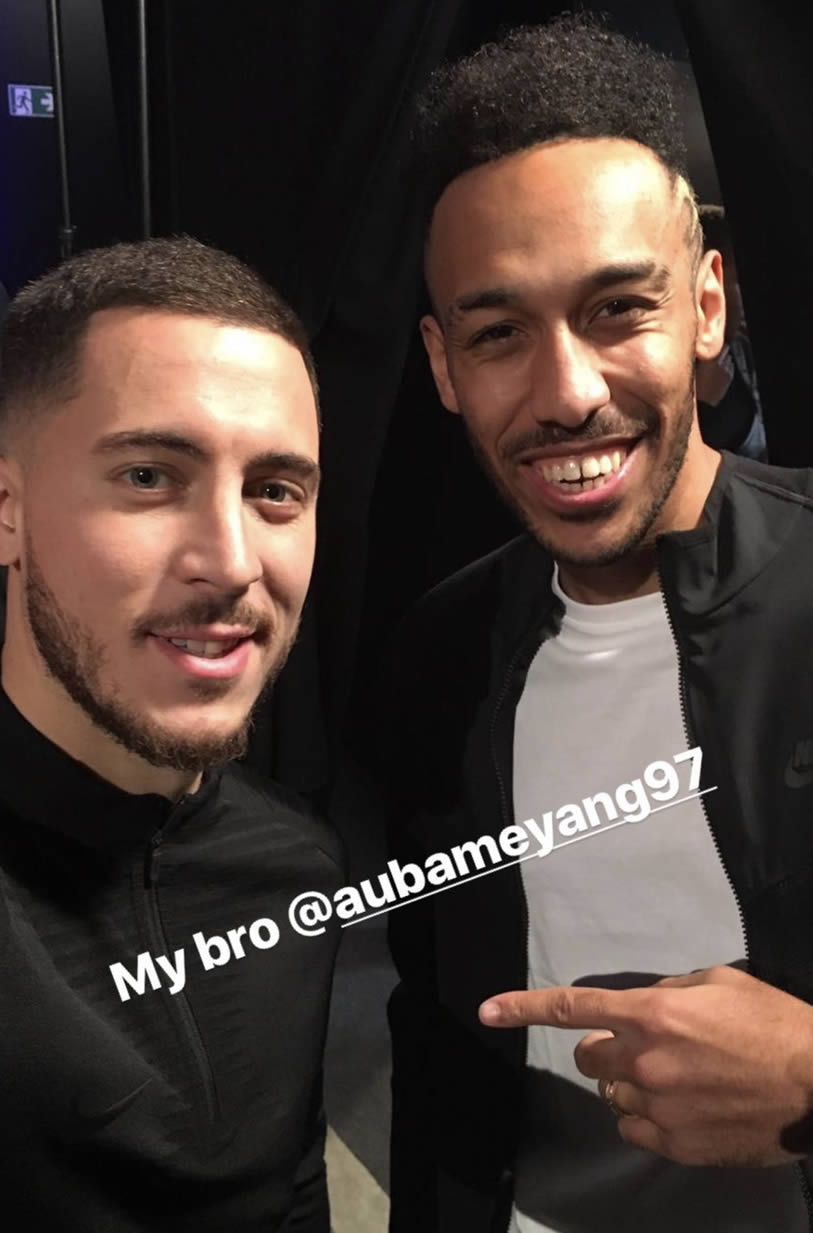 Eden Hazard has taken to social media to welcome Pierre-Emerick Aubameyang to Arsenal after his transfer from Borussia Dortmund last week.

The Gunners wrapped up a deal to land the 28-year-old Gabon striker from the German club as Arsene Wenger moved quickly to bolster his attacking options at The Emirates.

Aubameyang enjoyed a Premier League debut to remember on Saturday night as he scored one of Arsenal’s five goals in their 5-1 thrashing of Everton at The Emirates.

The striker will now be hoping to quickly settle into life in London as he bids to help Arsenal finish in the top four this season.

And the attacker was given a warm welcome by Chelsea FC playmaker Hazard as the pair both attended a sponsor event for Nike in London on Wednesday night.

Hazard posted the picture above on his personal Instagram story and wrote the caption: “My bro.”

Aubameyang will be hoping to feature for Arsenal when the Gunners return to Premier League action on Saturday afternoon with a crunch clash against Tottenham Hotspur at Wembley.

The Gunners know that victory in that game would leave them one point behind Spurs as the race for Champions League qualification hots up.