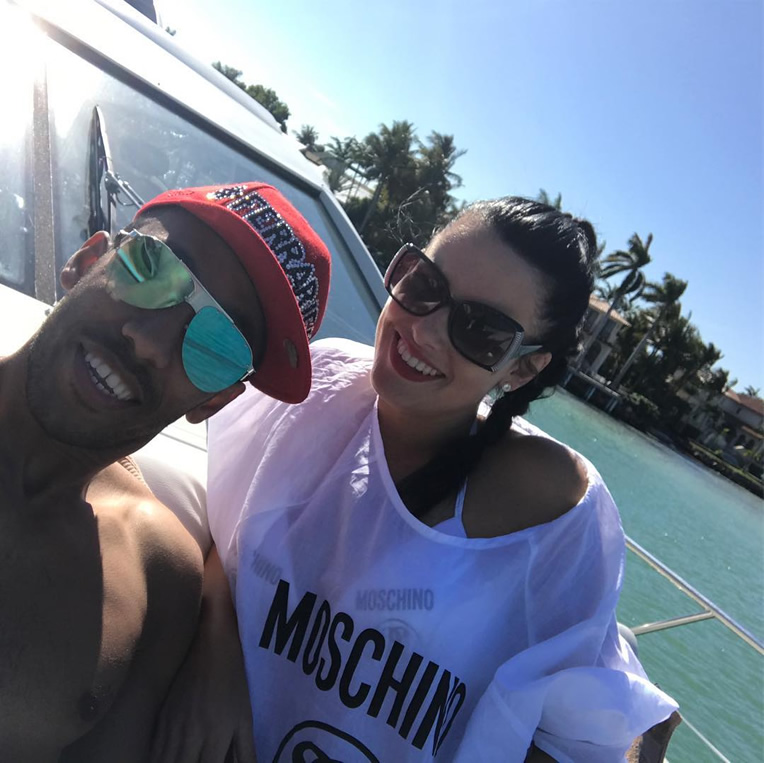 Pierre-Emerick Aubameyang has taken to social media to wish his girlfriend a happy Valentines Day following his first few days as an Arsenal player.

The Gabon striker signed for the north London club from Borussia Dortmund in the January transfer window as Arsene Wenger decided to spend big on replacing Alexis Sanchez, who headed to Manchester United.

Aubameyang opened his account for the Gunners when he scored in the north London side’s 5-1 win over Everton at The Emirates earlier this month.

And the 28-year-old will be hoping to help Arsenal enjoy a successful second half of the season under Wenger.

Aubameyang posted the picture above of himself with his girlfriend Alysha Behague on his personal Instagram account on Wednesday and wrote the caption: “Happy valentine’s day @alysha_aubame ❤️🙏🏽”

The Gunners, who are currently sixth in the Premier League table, are now preparing for their Europa League last 32 clash against Ostersunds on Thursday night, but Aubameyang is ineligible to play.

Arsenal lost 1-0 to Tottenham Hotspur in the north London derby at Wembley last weekend after Harry Kane scored the winner in the first half.

The Gunners will take on Premier League leaders Manchester City in the League Cup final at Wembley later this month.