Photo: Roberto Firmino dresses up with his wife ahead of Liverpool FC v West Ham 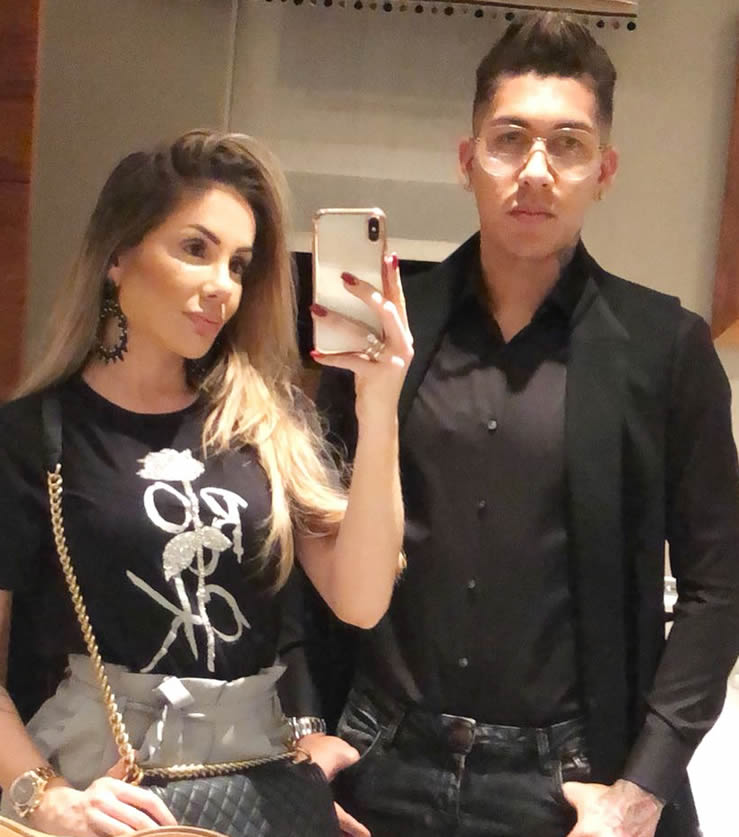 Roberto Firmino enjoyed some downtime with his wife as the Liverpool FC playmaker relaxed ahead of Saturday’s showdown with West Ham United.

The Brazilian playmaker will be expecting to start for Jurgen Klopp’s men when they welcome the Hammers to Merseyside in their Premier League clash against the east London side.

The Reds have had the week off to prepare for the game after they all but secured their spot in the quarter-finals of the Champions League with a 5-0 thrashing of FC Porto earlier in the month.

And Firmino looks to have completely recharged his batteries as he posed for a picture with his wife Larissa Pereira ahead of the Premier League clash.

Firmino posted the mirror selfie above of the couple on his personal Instagram account and wrote the caption: “My love.”

Liverpool FC are currently in third place in the Premier League table as they chase a top four finish for the second season running under Klopp.

The Reds finished in fourth place in the top flight last term and will be hoping to continue their recent uptrend by securing Champions League qualification once again this term.

Liverpool FC, however, are still searching for their first trophy under Klopp since his appointment back in October 2015.