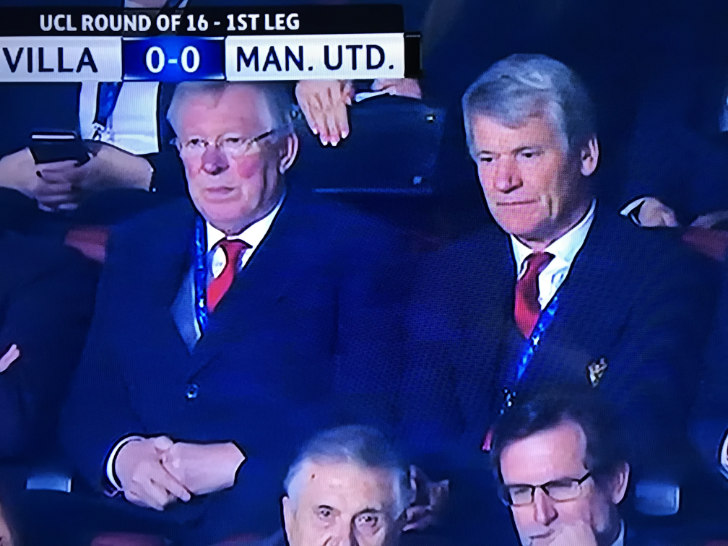 The Red Devils made the trip to Spain for the first leg of their Champions League last-16 clash as Manchester United looked to secure a positive result ahead of the return trip to Old Trafford.

However, Manchester United were on the back foot throughout most of the first half with David De Gea required to produce a number of world-class saves to keep the home side at bay.

Paul Pogba returned from illness to secure a place on the Manchester United bench but the club record signing was required midway through the first half when Ander Herrera suffered an injury problem.

However, Pogba couldn’t help the visitors to get a stranglehold on the last-16 tie as Sevilla continued to flood forward in search of a goal to take to Old Trafford in three weeks.

And Ferguson endured an uncomfortable 90 minutes as Sevilla failed to find the net despite having 25 attempts on De Gea’s goal.

The ex-Manchester United manager was sat alongside his former chief executive Gill and owner Glazer at the Ramon Sanchez Pizjuan Stadium.

Ferguson won the Champions League twice during his 25-year reign at Old Trafford.