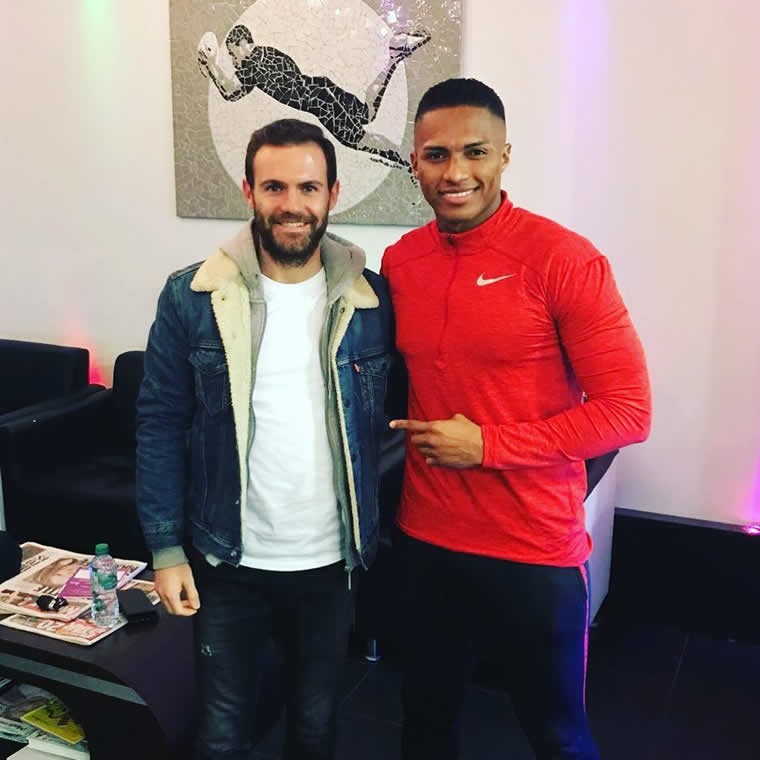 Antonio Valencia has taken to social media to declare both himself and Juan Mata ready for Manchester United’s crunch Champions League clash with Sevilla on Wednesday night.

The Red Devils head into the game looking to claim a positive result to book their place in the quarter-finals of Europe’s elite club competition.

Manchester United warmed up for their trip to Spain by claiming a 2-0 victory over Huddersfield Town in the FA Cup fifth round on Saturday evening.

Jose Mourinho will be hoping that his side can put their stuttering Premier League form behind them as they prepare for their Champions League clash on Wednesday night.

And Valencia seems to be in a confident mood, as he posed for a picture with Mata and posted a message to Red Devils fans on social media.

Valencia shared the photo above on the Instagram app and wrote the caption: “Look who I just found! We are ready for @championsleague #VamosUnited!”

The 32-year-old has scored three goals in 23 Premier League games for Mourinho’s Manchester United side so far this season.

Manchester United, who finished sixth in the table last term, have struggled to find consistent form in the Premier League in recent weeks and have lost two of their last three top flight outings.