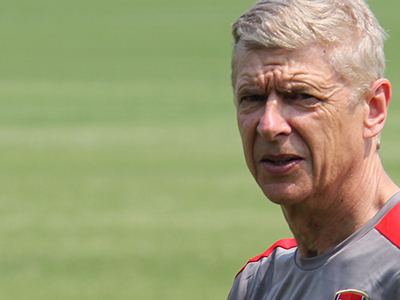 Arsene Wenger insists his Arsenal squad understand the importance of their trip to Tottenham Hotspur in the context of their rivalry and their top-four prospects this season.

Arsenal have a poor record on the road in the Premier League this term following a return of three victories in 12 outings to leave Wenger’s side in sixth place and five points adrift of the top four.

Tottenham have underlined their credentials over the past week following a 2-0 win against Manchester United at Wembley before a dominant second-half performance to fight back to secure a 2-2 draw at Liverpool FC last weekend.

Harry Kane scored his 22nd goal of the Premier League campaign at Anfield and the England international will come up against an Arsenal defence that has conceded 35 times in 26 top-flight games this term.

Speaking at his pre-match media conference ahead of Arsenal’s trip to Tottenham in Saturday’s early kick-off, Wenger said:

“There is always huge passion. I worked with Pat Rice for many years and he quickly got me on that territory.

“It is always a game more charged emotionally for everyone but this season for us it is a very important game in terms of the table.

“The players know how important it is and you have to find a balance between being rational and emotional.”

Arsenal finished in fifth place in the Premier League table last term to miss out on a Champions League spot and instead qualify for the Europa League.

Jamie Carragher: This Liverpool FC star getting the best out of Mohamed Salah