Why athletic performance goes down with a bad night’s sleep 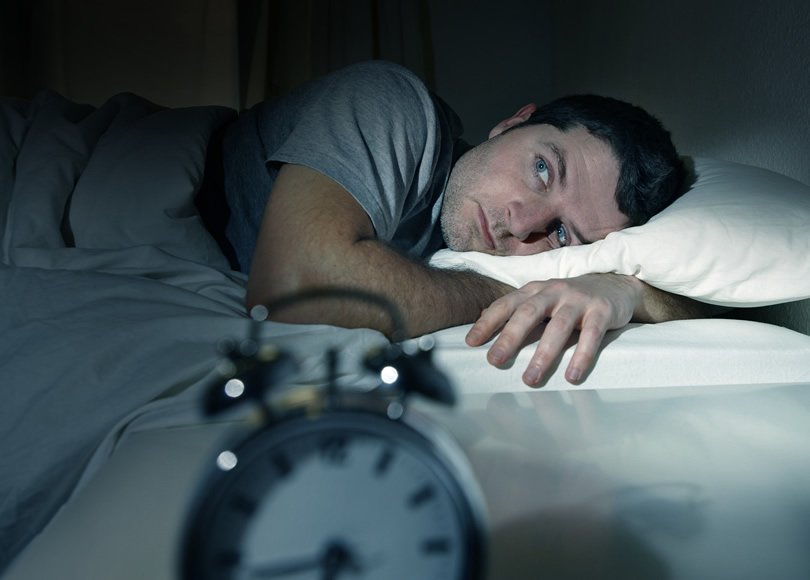 Athletic performance can go down with a bad night’s sleep Photo: Adobe Stock

Lack of sleep can be a major contributory factor in the reduction of athletic performance.

Researchers have found that an athlete’s cardiovascular capabilities can suffer a reduction of over 10% if they fail to get a good night’s sleep and there are numerous reasons for this.

While professional athletes often enjoy optimum conditions to pursue their sporting dreams, this is not always the case for amateurs.

Many struggle to balance the pressures of work or study with their sporting activities and it’s not unusual for them to feel that there are not enough hours in the day to fit everything in.

Usually, the first thing to suffer is sleep, with many athletes trying to survive on less than six hours sleep per night.

If this pattern is maintained over just a few days an athlete will soon struggle for motivation for physical activity and their form will suffer.

Understanding what happens during sleep and how this can affect athletic performance can help athletes achieve a good night’s sleep.

According to Peter Walters, Assistant Professor of Kinesiology at Wheaton College, sleep can be broken down into five stages.

Beta brain waves – the type that occur when you are awake – are replaced by alpha waves just before people go to sleep. These indicate a state of being awake yet deeply relaxed and usually last between 5-20 minutes before sleep kicks in.

Stage one lasts between 10 seconds and 10 minutes and is a light sleep. Breathing becomes shallow muscles rapidly begin to relax.

The second stage lasts between 10 and 20 minutes and experts believe this marks the beginning of actual sleep, as most people are virtually blind and deaf to most external stimuli.

Stages three and stage four are the deepest part of sleep and this is as close as humans come to mimicking animal hibernation.

The body’s recovery processes peak during these stages, metabolic activity is at its lowest and the hormonal system increases the release of growth hormone.

After about 30-40 minutes at stage four people revisit stages three and two before moving into rapid eye movement (REM) sleep.

Blood flow, pulse, breathing, temperature and blood pressure all rise and eyes will move rapidly behind a person’s eyelids as if they are surveying the environment.

During this stage dreams can occur and beta brain waves return, but the body remains motionless due to the motor cortex blocking neurological activity at the brain stem. This is useful as it prevents us from acting out our dreams.

The cycle of sleep stages is repeated between four and six times a night. As the cycles are repeated, the duration of stages three and four decreases while REM increases.
There are three main areas affected by a lack of sleep – cardiovascular performance, information processing and emotional stability.

Mental functioning decreases nearly twice as rapidly as physical performance, so athletes will soon notice a drop off in their ability to process information.

All of this can leave an athlete feeling fatigued and lead to them feeling unhappy about their performance.

Frequently feeling tired during the day is a sure sign that an athlete isn’t getting enough sleep, while a tendency to catch up on sleep at the weekend is another indicator.

Using an alarm clock to wake up, taking power naps and sleeping for more than nine-and-a-half hours per night are other signs that sleeping patterns are out of sync.

Lethargy during day-to-day activities and sleeping longer during times of depression, anxiety and stress all point to an athlete needing to address the way they get their rest.

Stabilising sleep over the course of a week is the first step to ensuring an athlete get enough rest at night. Establish a consistent bedtime at which the athlete feels drowsy and can get 10 hours of uninterrupted sleep. The athlete must go to bed within 30 minutes of the established bedtime.

Once stabilised, the athlete keeps going to bed at the time agreed but wakes up without the aid of an alarm clock. Record the amount of sleep and note the nightly average to provide an indication of the athlete’s genetic sleep requirements. Adjustments can now be made to earlier or later sleep, but these should not exceed 30 minutes per night.

Keeping a regular sleep schedule is important in helping to establish a consistent sleep pattern. Changing an athlete’s schedule for more than two days or sleeping more than an hour longer on weekends disrupts the body’s biological clock.

Create an optimal sleeping environment that is quiet, dark, cool and comfortable. People can adapt to some types of noise, but avoiding this will ensure sleep is not disturbed.

Darkness is a signal to the brain that sleep should take place, while room temperature also plays a key role. If a room is too hot or too cold it can increase the amount of time it takes to fall asleep and the number of sleep disruptions during the night.

Being comfortable in bed completes the quartet of factors that make up the perfect sleeping environment.

People shift their body position between 40-60 times per night, so a good mattress and pillow along with plenty of room to move will enhance an athlete’s sleep.

Following these few simple pieces of advice can go a long way to ensuring an athlete gets a good night’s sleep and boosts their chances of maximising their sporting performance on a consistent basis.