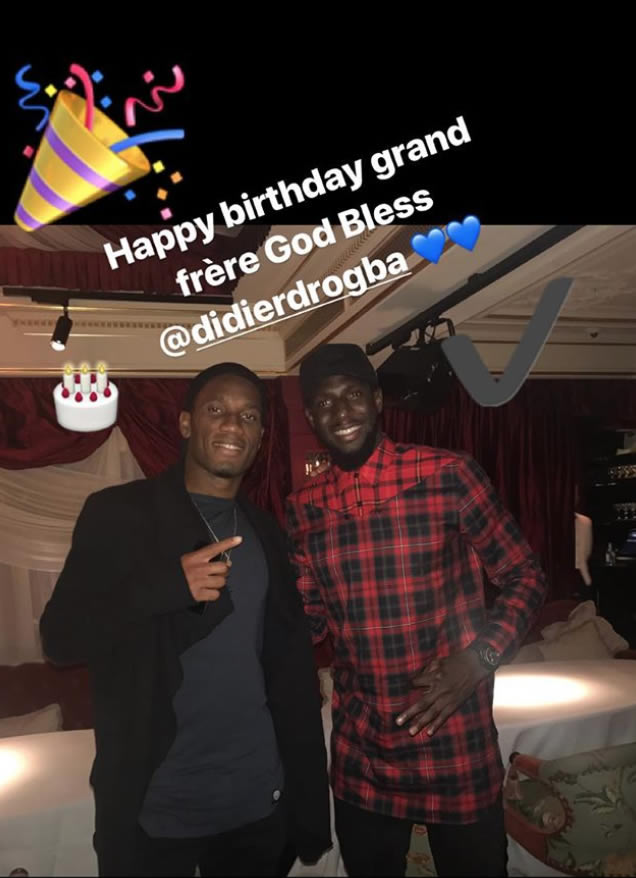 Tiemoue Bakayoko has taken to social media to wish Didier Drogba a happy birthday after the Chelsea FC legend turned 40 over the weekend.

The French midfielder has been out of action in recent weeks after suffering an injury but he made his return to the Chelsea FC team when he came on for the closing stages of the Blues’ 2-1 win over Crystal Palace on Saturday.

Bakayoko will now be hoping to force his way back into the Chelsea FC team between now and the end of the season as he bids to win a place in the France squad for this summer’s World Cup in Russia.

The 23-year-old has been settling into life at Stamford Bridge following his transfer to the club from Monaco in the summer transfer window last year.

And it seems that he still holds Chelsea FC legend Drogba in high regard, as he posted the picture above on his personal Instagram account.

Bakayoko shared the snap above on his personal Instagram story on Sunday as Drogba celebrated his 40th birthday.

The midfielder will be hoping to be involved for Chelsea FC when the Blues return to Champions League action on Wednesday night with a crunch clash against FC Barcelona at Camp Nou.