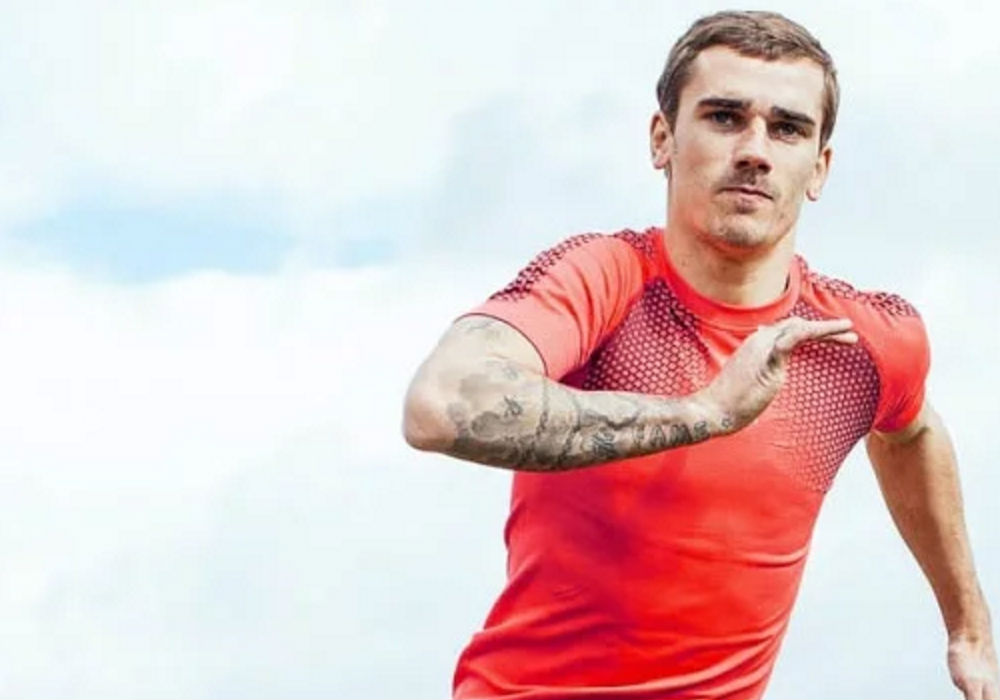 Frank Lampard has named Antoine Griezmann as Atletico Madrid’s most dangerous player ahead of Arsenal’s home clash against the Spanish side at The Emirates in the Europa League semi-finals on Thursday night.

The Gunners have eased to comfortable victories over Serie A giants AC Milan and Russian side CSKA Moscow in the two previous rounds of the Europa League to set up a meeting with Atletico.

Arsene Wenger is set to stand down as Arsenal manager at the end of the season and the French boss will be desperate to sign off with his first European trophy in 22 seasons at the club.

The Gunners will be facing an experienced Atletico side that have won the Europa League and reached two Champions League finals under Diego Simeone.

Griezmann has scored 19 times and has made eight assists in 30 appearances in La Liga this term, while the 27-year-old has netted three goals in four Europa League outings this season.

Former Chelsea FC star Lampard warned Arsenal about Griezmann’s threat ahead of the first leg of their Europa League semi-final at the Emirates Stadium on Thursday night.

“Arsenal still have to worry about Antoine Griezmann,” Lampard told the Evening Standard.

“He is an intelligent goalscorer and also a link man who loves getting involved slightly off the front striker.

“I like his movement in the box. It is no coincidence when players like him arrive in the penalty area and score so frequently. They know where to be. He is a world-class talent.

“I don’t think Arsenal have the kind of individual to man-mark him. They have to get their lines right and make sure the gap between the defence and midfield isn’t too big. He likes to drift into areas just off the centre-halves.

“It is the responsibility of everyone to track his runs into the box and that is an area where Arsenal have been found wanting. You have to be focused from start to finish.”

Griezmann has been linked with a move to Liverpool FC’s bitter rivals Manchester United over the past few seasons.

Frank Lampard highlights ‘huge plus’ for Arsenal ahead of Atletico clash