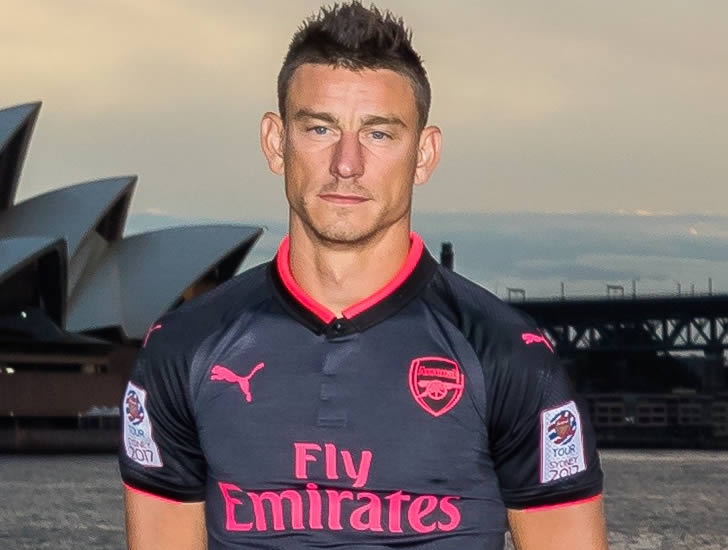 Alan Smith believes Laurent Koscielny is no longer at the peak of his powers following the defender’s mistake in Arsenal’s 1-1 draw with Atletico Madrid in the first leg of their Europa League semi-final on Thursday night.

The Gunners appeared to be heading for a narrow first leg win after Alexandre Lacazette broke the deadlock in the second half with the visitors down to 10 men.

Arsenal were unable to keep a clean sheet as Manchester United target Alexandre Lacazette in the final eight minutes of the Europa League last-four clash.

Koscielny was culpable for Griezmann’s equaliser to prompt some criticism of the 32-year-old and leave Arsenal’s hopes of reaching the Europa League final in doubt.

The France international has been a mainstay of the Arsenal defence over the past eight seasons, racking up 24 goals in 323 appearances in all competitions since his move from Lorient in 2010.

“Koscielny of six years ago to the one now is unrecognizable,” Smith told Sky Sports.

“I know he has had his problems with his injuries. That is going to affect you. He doesn’t look the same player with the same attitude. He was so quick and tenacious in his pomp. Now he looks like he has a mistake in him. He looks half hearted.”

Arsenal are in sixth place in the Premier League table and a long way behind fourth-placed Tottenham Hotspur.

The Gunners can still qualify for the Champions League if Arsenal win the Europa League.