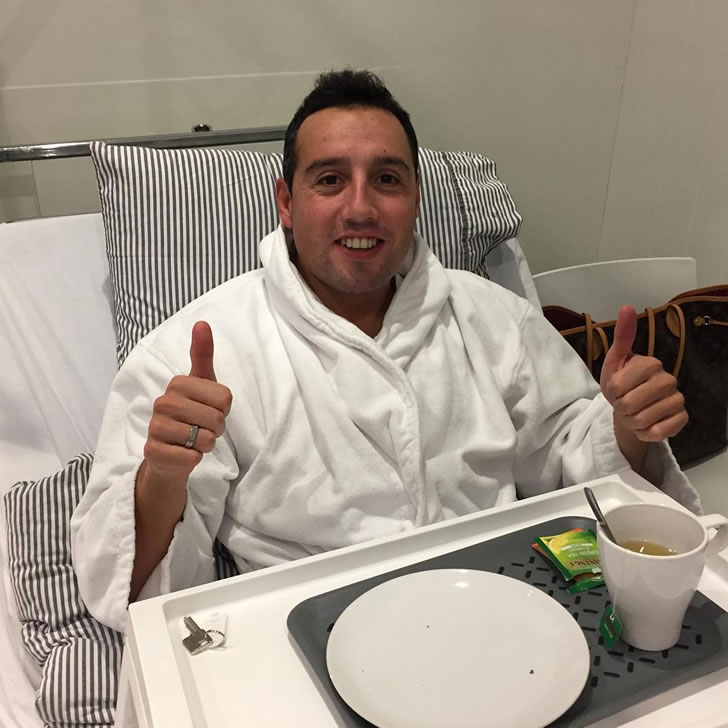 Arsene Wenger has insisted that he is hoping that Santi Cazorla will be able to play at the top level again after his injury nightmare with Arsenal.

The Spanish playmaker has not feature for the Gunners since October 2016 after having suffered numerous setbacks in his recovery from an ankle injury.

Cazorla has undergone countless operations but has been struggling to get himself back fully fit, and he looks likely not to feature at all this season.

The 33-year-old was one of the regular fixtures in Arsenal’s first team before his injury and Wenger has admitted that he has been “sad” about the way the situation has played out for the midfielder.

Speaking at a news conference at London Colney on Thursday, Wenger said: “I have not seen him since the League Cup final because he went back to make his rehab.

“We miss him a lot. I never spoke about it in the press conferences, or not many times, as he was not the subject of the debate, but we have missed him a lot in our game.

“He is an exceptional football player and it is very sad what happened to him, and very sad for Arsenal as well.

Wenger announced on Friday that he will be stepping down as Arsenal manager at the end of the season.

It will bring an end to his almost 22-year spell in charge of the north London club.

Arsenal are currently preparing for their home clash against West Ham in the Premier League on Sunday, before turning their attentions towards their crunch clash with Atletico Madrid in the Europa League semi-finals on Thursday night at The Emirates.