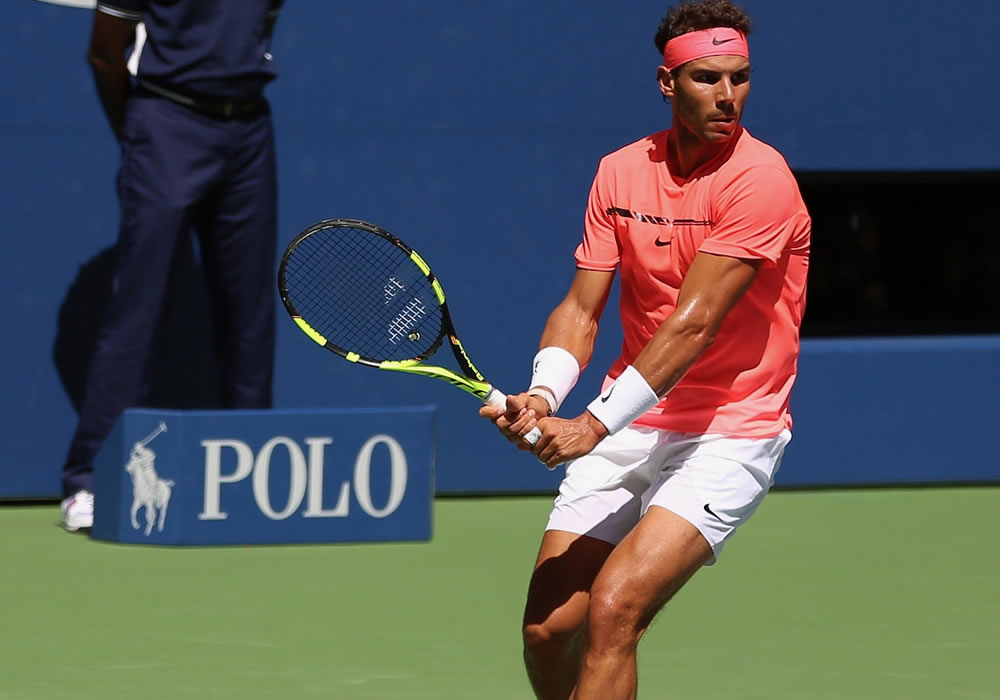 It has been all about Rafael Nadal, as the giant of clay-court tennis returned to the court that now bears his name at the historic Real Club de Tenis Barcelona.

Fresh from winning his 11th Monte-Carlo Masters title, he was back at his home tournament to try and do the same. The chances were that, fresh, fit and flowing after his injury-enforced 10 weeks away from competition, he would do just that.

After all, he dropped no more than five games in each of the five matches that took him to victory last week—and against the likes of Dominic Thiem, Grigor Dimitrov and Kei Nishikori—and he continued in the same vein in Barcelona.

Here was a tournament that Nadal had won eight times without dropping a set, including the last two years—a 53-3 record. And by the time he made the quarter-finals, he was still to drop a set. Indeed, he set a new record 40 straight sets won on clay dating back to last year’s victory at Roland Garros. And if that did not put the fear of god into his opponents, the fact that he had not conceded more than four games in any of those sets surely would.

Naturally, the Spanish crowds could not get enough of their super-star, but Nadal has not been the only man drawing big crowds and big cheers in Barcelona.

No4 seed, David Goffin, is admired wherever he plays for his cool demeanour, sparkling footwork and, increasingly, his bold tactics—acute angles, forays to the net, crisp smashes and penetrating serving.

After the misfortune of an eye-injury in Rotterdam, his return to competition had been hesitant, but a quarter-final finish in Monte-Carlo had begun the rebuilding, and his characteristic speed and flow returned with a vengeance to dig him out of two consecutive near-losses in Barcelona.

Against Marcel Granollers, he recovered from a set and a double break down, saved a match point, and won 4-6, 7-6(2), 6-2. Then against the big, talented Karen Khachanov, he again took on the challenge at a set down and facing four break points in the seventh game of the second. His level soared, and the score raced to a 2-6, 7-6(2), 6-0 victory.

Still more impressive, he did it all again in the quarter-finals against No8 seed Roberto Bautista Agut. It would last deep into the Barcelona evening, a two and a half hours packed with fine rallies, almost 200 points and a win for Goffin after losing a close first set, 6-7(3), 6-2, 6-2.

The equally popular No2 seed Dimitrov has never shone at his brightest on clay courts—try five match-wins in seven appearances at the French Open. So a semi-final run in Monte-Carlo was a good sign after some injury problems earlier this year.

Yet he looked all at sea against Makek Jaziri in his second match in Barcelona, let down by uneasy footwork that led to mistimed shots from the baseline and confused tactics. He too had to overcome match-points twice—and was helped out by a couple of errors from Jaziri—but eventually edged the match, 7-5, 3-6, 7-6 (8).

The same uncertainty surfaced against the Spaniard, No5 seed Pablo Carreno Busta, who survived his own challenge against Adrian Mannarino, 6-2, 4-6, 7-6(6). A seesawing first set saw both men broken multiple times, but the superior clay game of Carreno Busta worked the angles to break again in the seventh game, and once more for the set, 6-3.

The second set was a closer affair, with Dimitrov trying to stay aggressive, coming to the net, going for the corners. His serve held up better, too, and it went to a tie-break. But Dimitrov was immediately at a disadvantage as the Spaniard fired a cracking backhand winner for 2-0, and opened up the gap to three points to grab a semi-final place, courtesy of a last backhand error from Dimitrov, 6-3, 7-6(4).

That, then, disposed of the second seed, in a draw that had already seen the loss of No6 Novak Djokovic beaten at the first hurdle, No7 Diego Schwartzman a surprise early loser, and No14 seed and former champion Nishikori forced to retire after playing just one set.

But the biggest headlines were now being reserved for an unseeded teenager, the tall Greek, Stefanos Tsitsipas. For 2018 was seeing the long-promised flowering of the youngster with a charismatic attacking game and one-handed backhand.

Still just 19 years old, the former junior No1 had become the highest ranked male Greek player in the Open era, and the only one ever to break the top 100. He began 2018 ranked 91, made the quarters in Doha and Dubai, and came through qualifying to win his first main-tour clay match in Monte-Carlo last week.

In Barcelona, he was certainly finding his clay feet, and apparently unafraid of using his all-court skill against some of the best clay-courters in the draw. He it was who disposed of Schwartzman, and then put out No10 seed Albert Ramos-Vinolas. His declared aim was to break into the top 50 during the clay season, but could he maintain his momentum through one of the strongest clay players on the tour, the 2017 Barcelona finalist Thiem?

They had met twice this year already, both wins for Thiem in Doha and Indian Wells. The Austrian was already 12-2 on clay for the season, and tied with Juan Martin del Potro for most wins overall, 21.

Thiem had been far from his best in beating first a wild card and then a lucky loser, and up against the confident and aggressive Tsitsipas, he never looked comfortable after breaking in the first game of the match. A double fault on the third break point in the eighth game gave the Greek a vital lead, and a sequence of fine forehands sealed the hold and set, 6-3.

Tsitsipas broke through earlier in the second set, again converting at the third attempt, for a 3-2 lead. He broke again, to love, for 5-2, and served out flawlessly for his best win to date, 6-2, on a run of 14 points.

The crowd stood as one, clearly enjoying the exuberant tennis of the teenager, and one suspects this could become a familiar scene in the coming season and the years ahead. He goes on to face Carreno Busta, but is already within one spot of that top-50 target and inside the top three in the #NextGen Race to Milan.

Incidentally, Nadal did briefly steal the spotlight on quarter-final Friday. He extended his record run of sets to 61, having demolished Martin Klizan 6-0 in the opener.

But then qualifier Klizan, who had put out Djokovic, took an early break in the second set, which he held until the eighth game. By holding for 5-3, and become the only player in that Nadal run to garner five games in a set. It was, though, a short-lived triumph. Nadal broke back, and broke again for set and match, 7-5.

Make that 42 sets in a row, then, and his 399th match-win on clay. He next plays the weary and late-finishing Goffin, so it will surprise nobody if he is celebrating No400 by Saturday sunset.

For Roger Federer, tennis takes a back seat as his focus turns to Foundation and Zambia