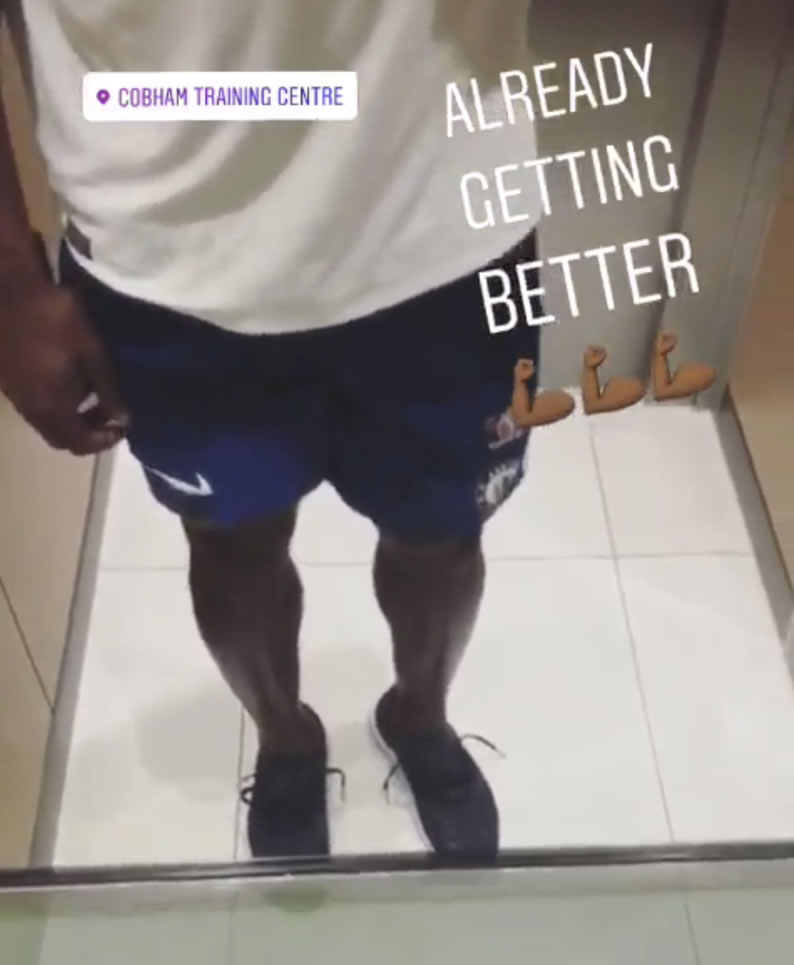 Michy Batshuayi has taken to social media to reveal that he is already on the road to recovery from the ankle injury that forced him to return to Chelsea FC.

The Belgian striker had been on loan to Borussia Dortmund in the second half of the season but he picked up a serious-looking ankle injury earlier this month and he has returned to Cobham for treatment.

There had been fears that Batshuayi could be set to miss the World Cup due to the problem, but the player himself seemed to be in an upbeat mood as he continued his rehabilitation at Chelsea FC’s training ground over the weekend.

Batshuayi posted the picture above on his personal Instagram Story over the weekend as he continued his treatment.

The 24-year-old had been in fine form for Dortmund during his temporary spell at the Bundesliga club, scoring seven goals and making one assist in 10 league games for the German side.

Meanwhile, Chelsea FC are set to travel to Swansea City in the Premier League on Saturday next weekend.

The Blues are aiming to try and break back into the top four spots in the Premier League before the season is out.