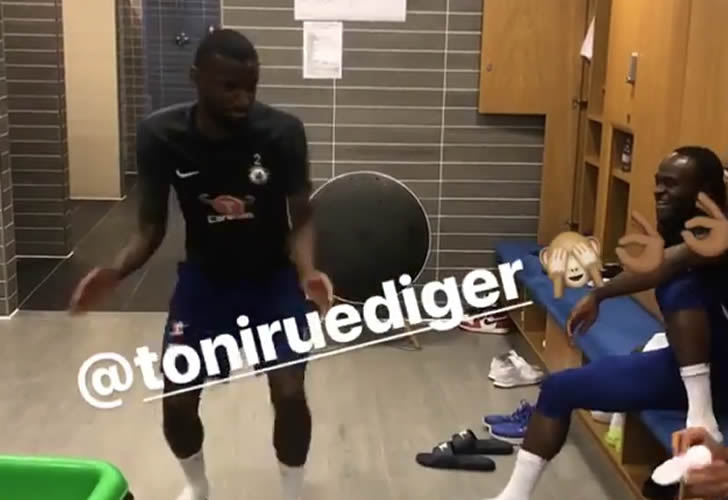 Tiemoue Bakayoko and his Chelsea FC team-mates seemed to be in high spirits as they joked around after training ahead of their clash with Southampton on Sunday.

The Blues are preparing for their FA Cup semi-final showdown with Southampton at Wembley on Sunday afternoon as they look to try and end the season on a high by winning the trophy.

Bakayoko and his Chelsea FC team-mates will be hoping to build on their recent improved form as they look to try and end the campaign with some silverware.

And fellow summer signing Antonio Rudiger certainly seemed to be in a good mood as he danced for his team-mates in the dressing room at Cobham on Friday after training.

Chelsea FC were 2-1 winners over Burnley on Thursday night as they kept alive their faint hopes of finishing in the top four this season.

Antonio Conte’s men are currently in fifth place in the Premier League table and five points behind Tottenham with just four games left to play this season.

The Blues won the title last term but have struggled to produce consistent performances this time around.