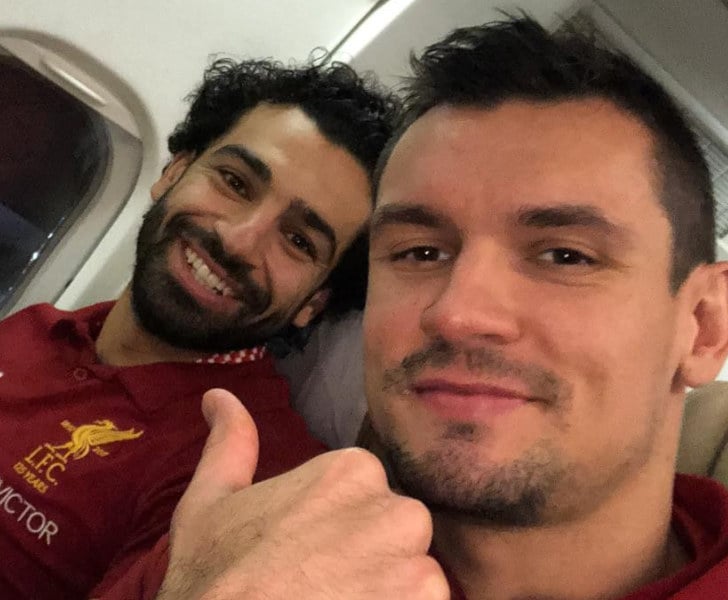 Dejan Lovren has claimed that Liverpool FC star Mohamed Salah is establishing himself as a superstar alongside Lionel Messi and Cristiano Ronaldo.

The Egypt international is one of the form players in Europe following his outstanding return in the past few months.

Salah scored two goals and made two assists in a 5-2 win over Serie A giants AS Roma in the first leg of their Champions League quarter-final.

The 25-year-old has scored 43 times in all competitions this season to leave the African forward four goals short of Ian Rush’s record of 47 goals in a campaign.

Salah was named the PFA player of the year after his 31 goals in 33 outings in the Premier League despite moving to England from AS Roma in a £39m deal last summer.

Speaking to Liverpool FC’s website about his talented team-mate, Lovren claimed that Salah is on the the same level as Barcelona’s Messi and Real Madrid forward Ronaldo.

“It looks easy what he does, but it is very difficult. I don’t want to put any extra pressure on him and maybe this is not the right time, but if he continues like that he has every right to be regarded as one of the best three in the world at the end of the year.

“When people talk about [Cristiano] Ronaldo and [Lionel] Messi they should also talk about Salah. He deserves it, he deserves to be mentioned for the Ballon d’Or.

“At the start of the season I didn’t know he could do this, but you see how he is working, how he wants the ball, he is just a different player to what he was.

“I think our style helps him a lot. He didn’t play that way for Basel or Chelsea or Roma, but the way we can find him suits him perfectly. The most important thing now is for him to stay injury free. If he can do that, anything is possible.”

Salah can become the first Premier League player to score 32 goals in a single season when the Reds line up against Stoke City at Anfield on Saturday evening.

The Egyptian forward will return to Rome for the first time since his summer move when Liverpool FC take on AS Roma in the second leg next week.

Roy Keane explains why Arsenal are missing out on silverware