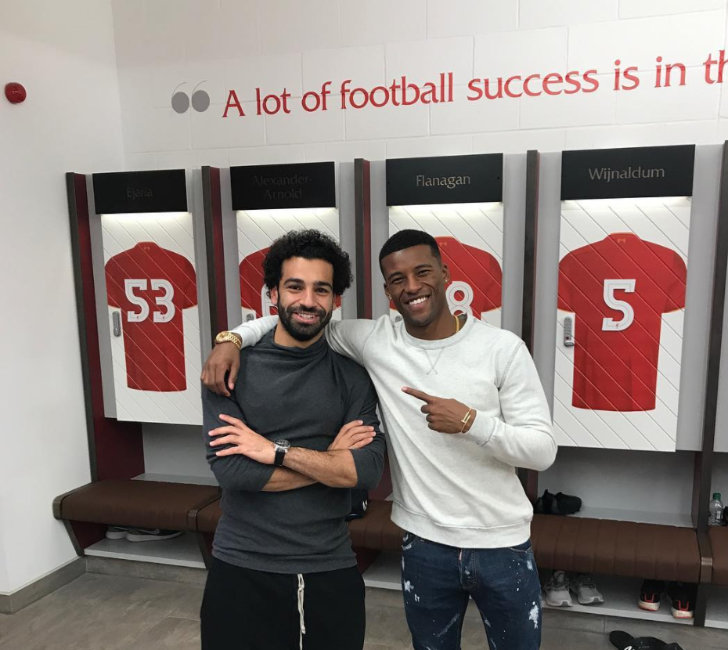 Mark Lawrenson believes Mohamed Salah should have scored even more goals in his first season at Liverpool FC.

The Reds signed the Egypt international in a £39m deal from Serie A giants AS Roma in the 2017 summer transfer window.

Eyebrows were raised when Liverpool FC coughed up what was a club record fee for Salah given his disappointing spell at Chelsea FC in 2014.

However, Salah scored on his Premier League debut for Liverpool FC in a 3-3 draw at Watford in their season opener at Vicarage Road.

The African forward was guilty of missing some clearcut chances in the opening weeks of the 2017-18 season but soon found his stride in English football.

Salah has netted 29 times in 31 games in the Premier League to lead Tottenham Hotspur striker Harry Kane in the goal-scoring charts, while the Reds star has also scored nine times in 11 games in the Champions League.

But former Liverpool FC defender Lawrenson has suggested that Salah could have even more goals to his name had the Egyptian taken all his chances.

“Salah wins it [PFA player of the year award] – there is no bias, it is just because he just keeps on producing in every game. The thing is, he has had the chances to score more goals, easy ones too,” Lawrenson told BBC Sport.

“The Liverpool fans who have been to all the games tell me he could have had more like 45 goals this season if he had taken those.”

Liverpool FC will take on Serie A giants AS Roma in the Champions League semi-finals after Salah scored in both legs of their thrilling 5-1 aggregate win against Manchester City.