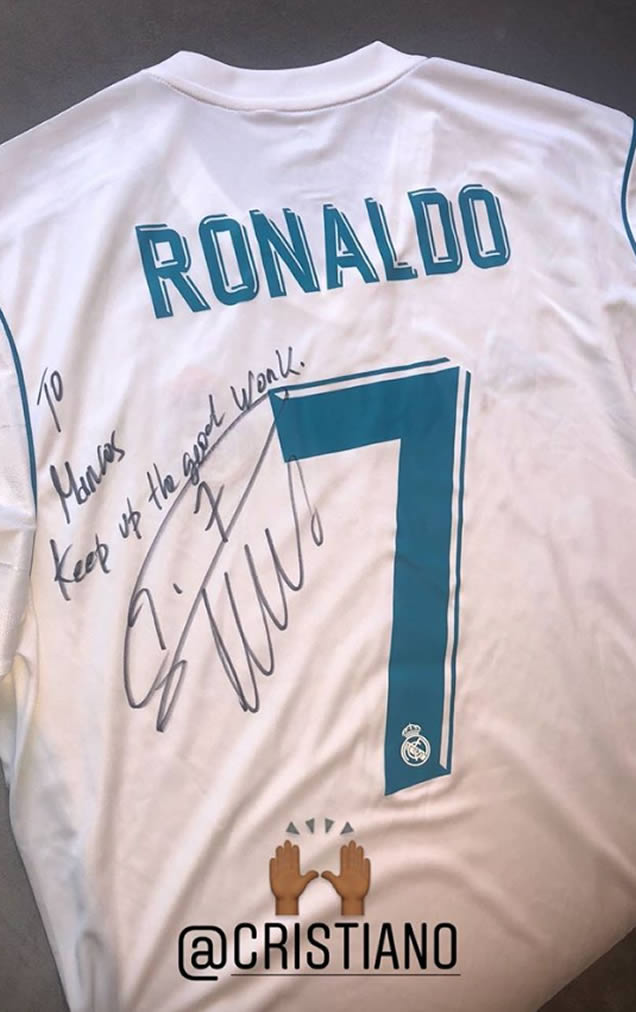 Cristiano Ronaldo has proven his class once again by sending a signed shirt to Marcus Rashford following his recent fine form for Manchester United.

Rashford has been in good form for the Red Devils this season despite struggling to hold down a regular spot in the starting line-up throughout the campaign.

The attacking midfielder has scored 12 goals and made six assists in all competitions for the Red Devils this season and he was a second half substitute as he helped Manchester United come from behind to claim a 2-1 win over Tottenham at Wembley on Saturday in the FA Cup.

And he proved his class by sending the Manchester United youngster a signed shirt featuring a message of support for the England international.

Rashford will be hoping to feature for Manchester United when the Red Devils return to Premier League action on Sunday with a crunch clash against Arsenal at Old Trafford.

Manchester United are currently second in the Premier League as they look to try and secure the runners-up spot behind Manchester City.

The Red Devils will take on Chelsea FC in the FA Cup final at Wembley next month.