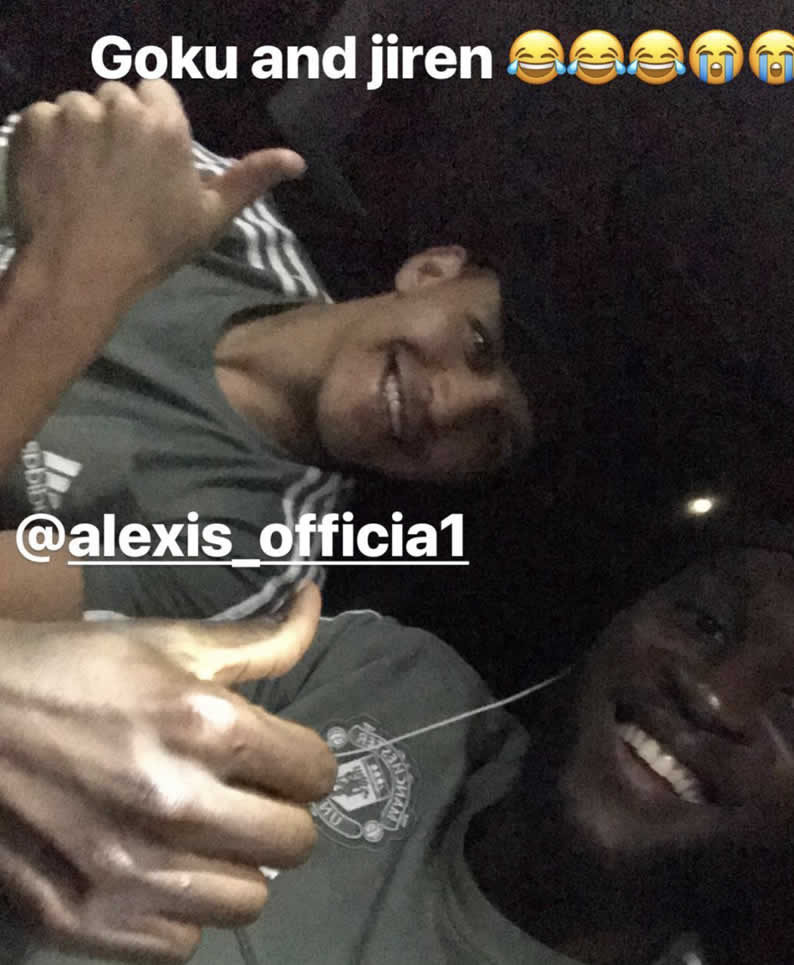 Romelu Lukaku looked to be in high spirits as he posed for a picture with Alexis Sanchez after Manchester United’s 2-1 win over Tottenham in the FA Cup semi-final.

Sanchez was voted as the man of the match as he scored the Red Devils’ equaliser in their comeback win over Spurs to set up a final clash at Wembley next month.

Dele Alli had given the Lilywhites the lead early on, but Sanchez equalised with a fine header, before Ander Herrera fired home the eventual winner for Jose Mourinho’s men.

The 29-year-old Sanchez was in good form for the Red Devils, despite having largely struggled to produce consistent performances since his transfer from Arsenal in January.

And Lukaku looked to be pleased for his team-mate as he posed for a picture with the attacker as the Manchester United team made their way back up north.

Manchester United will now return to Premier League action when they host Arsenal in the Premier League at Old Trafford next weekend, with Sanchez set to line up against his former club for the first time.

The Red Devils are currently in second place in the Premier League table as they look to finish as runners-up to Manchester City this term.