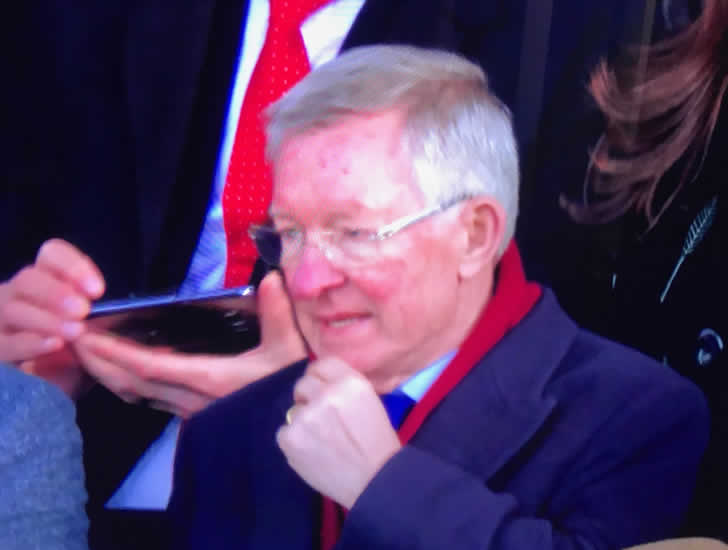 Sir Alex Ferguson looked pleased with what he was seeing as Marouane Fellaini came off the bench to hand Manchester United a 2-1 win over Arsenal in the Premier League on Sunday.

Ferguson had paid a special tribute to Arsene Wenger before the game as he handed the Arsenal manager a memento from the Red Devils ahead of what was his final visit to Old Trafford as Gunners boss.

Manchester United took the lead in the 16th minute when Paul Pogba finished from close range after Hector Bellerin had deflected Alexis Sanchez’s header onto the post.

Arsenal fought back in the second half when Henrikh Mkhitaryan netted a cool finish against his former club in the 51st minute.

But it was Manchester United who had the final say, when Fellaini came off the bench to head home in stoppage time and wrap up the win for Jose Mourinho’s men.

Ferguson and Wenger enjoyed some fierce battles during their time in charge together over the years.

And the former Manchester United manager was likely to be pleased with what he saw from the Red Devils on Sunday afternoon.

Manchester United will return to Premier League action on Friday with a trip to Brighton and Hove Albion.