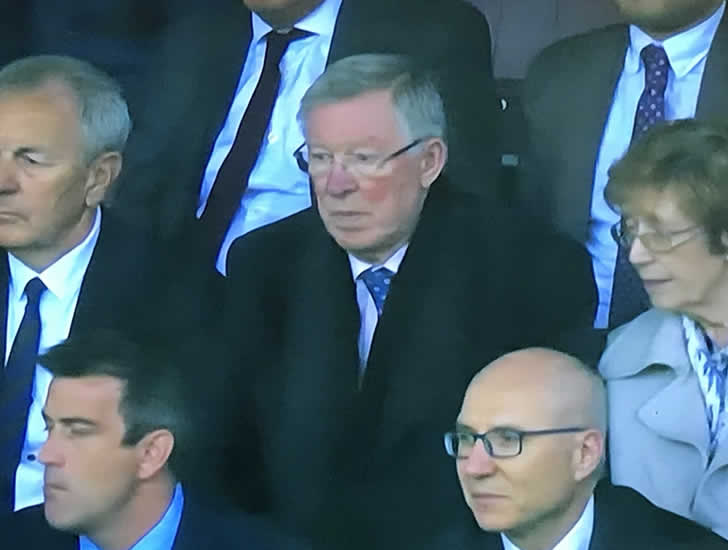 Sir Alex Ferguson did not look too impressed with what he was seeing as Manchester United crashed to a 1-0 loss to West Bromwich Albion at Old Trafford to hand the title to Manchester City.

The Red Devils headed into the game fresh from having secured a 3-2 win over Manchester City at The Etihad last weekend.

Manchester United struggled to click into gear against basement club West Brom on Sunday afternoon as they failed to impress in front of their home fans.

And Jay Rodriguez netted the crucial winner for the visitors in the 73rd minute.

The defeat handed the title to Manchester City, leaving Manchester United in second place in the Premier League table.

Former Manchester United boss Ferguson was in the stands to watch the game and he did not seem too happy about the result, as can be seen from the photo above.

Despite the disappointment of Sunday’s defeat, Manchester United are still in with a chance of winning the FA Cup this season and they will take on Tottenham Hotspur in the semi-finals at Wembley next weekend.

The Red Devils finished sixth and won both the Europa League and League Cup in Mourinho’s first season in charge at the club last term.

Rio Ferdinand names three Arsenal players who have impressed him

Andrey Arshavin tells Arsenal what to do with Mesut Ozil