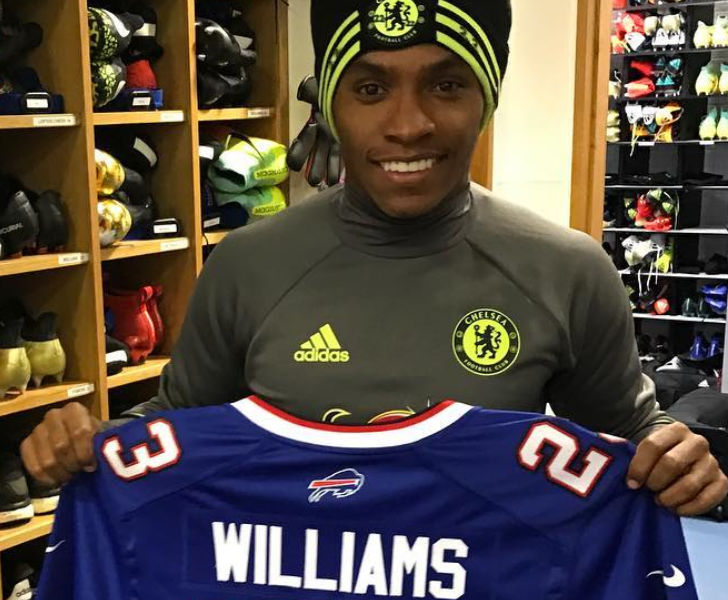 Jose Mourinho has admitted that he doesn’t believe Manchester United will be able to convince Chelsea FC to sell Willian.

The Red Devils have been regularly linked with a potential swoop to sign the South American since Mourinho took over the reins at Old Trafford.

Willian was an important member of the Portuguese coach’s Chelsea FC team before Mourinho was axed following a disappointing title defence in 2015.

The Brazil star was initially out of favour under Mourinho’s permanent replacement Antonio Conte but has since re-established himself in the team.

Of course Manchester United boss Jose Mourinho has form when it comes to poaching top players from his former club after the Red Devils signed Matic in a surprise £40m deal from Chelsea FC last summer.

Asked about whether Manchester United could complete deal for the Chelsea playmaker in the 2018 summer transfer window, Mourinho told ESPN:

“I think that a team without a Brazilian isn’t a team. But also, a squad with three or four Brazilian athletes, depending on their profile, cannot make a great team too. I’m kidding!

“I think their talent is fantastic and the creativity of the Brazilian player cannot be measured. If a European team, like, very European, could have a Brazilian in their squad, it would bring a ‘Brazilian thing’ to the game and I think that’s very important.

“I worked with Brazilian players in every team I coached, and I enjoyed [them] a lot, everything they can give and also every problem they can create!

“But honestly, I enjoyed a lot, and who knows we can have a Brazilian in the squad next year. I don’t believe it will be Willian, because Chelsea won’t make it possible.”

Willian has won two Premier League titles and the League Cup since his move to Chelsea FC from Anzhi Mackhachkala in 2014.

Manchester United are in second place in the Premier League table and 11 points ahead of fifth-placed Chelsea FC.

The Red Devils will take on Chelsea in the FA Cup final at Wembley next month as both Conte and Mourinho look to win silverware in their second season.