For Roger Federer, tennis takes a back seat as his focus turns to Foundation and Zambia 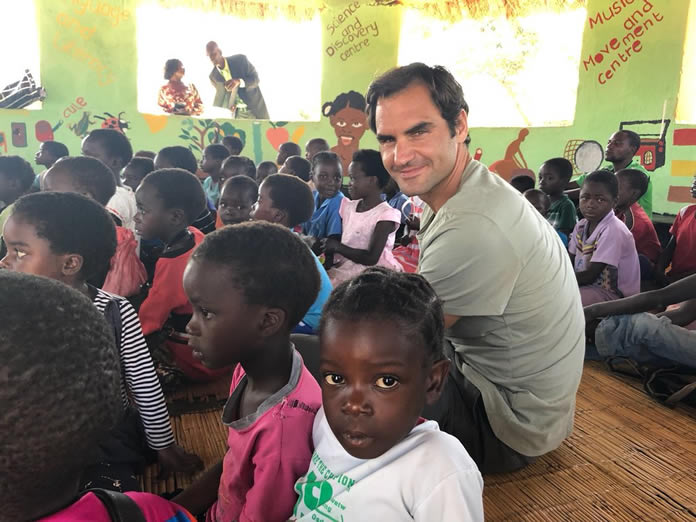 When Roger Federer talked to a handful of the press after regaining the No1 ranking in February, his plans for the coming months were just as unplanned as had been this last-minute trip to a damp and chilly Rotterdam.

It was always unlikely that the Swiss would head back to his usual February haunt in Dubai once he had thrown his weight behind the campaign to reclaim the top spot, and having succeeded, the toll on his 36-year-old body was guaranteed to impact on his plans further down the line.

Sure enough, it finally showed in Miami. After all, he arrived to defend the title in Florida after winning 21 straight singles matches from the Hopman Cup to the final in Indian Wells. Along the way, he fitted in a trip to Monte-Carlo to pick up two Laureus Awards, made a detour to San Jose for a Match for Africa charity tournament, and squeezed in a 24-hour hop to Chicago to launch the Laver Cup.

He would, he afterwards confessed, have to bypass the entire clay season, just as he had in 2017.

And why not take a step back, recover physically, recharge mentally, and enjoy from afar the efforts of rival Rafael Nadal to keep Federer at arm’s length at No1. The Spaniard now led the Swiss by only 100 points, and that meant Nadal had to defend four titles through the clay swing. But he, unlike Federer, had not played a match since January, and thus had plenty left in the tank.

Since that conversation in Rotterdam, then, Federer’s plans had gradually crystallised around all those other demands in his schedule—but one plan had remained crystal-clear all along.

Asked whether he would be able to visit Africa this year to see the work of the Federer Foundation, he told this correspondent that he expected to do just that in April. 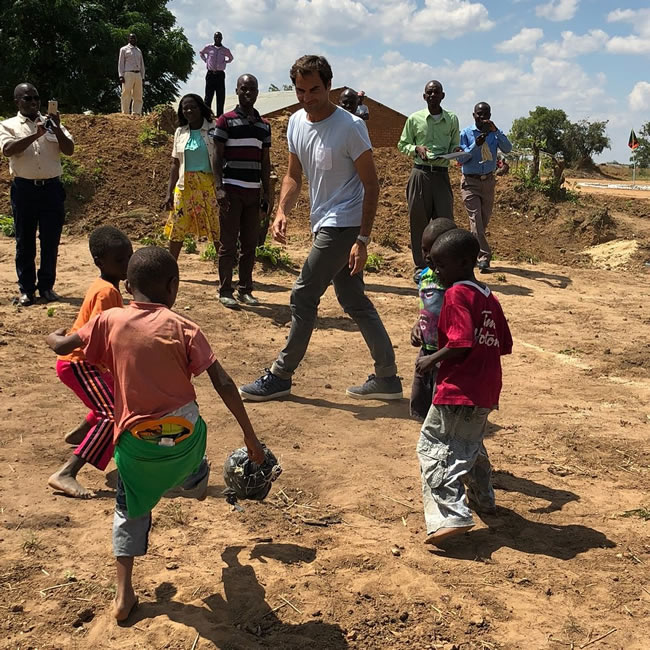 “Yes, I’m planning to go there probably after Miami, I’m planning to do a trip to Zambia. We’ll see how it all plays out for the clay season, but that’s when I have a little slot when I could quickly go.”

And he has been as good as his word, making his first trip to Africa this week after organising three “Match for Africa” events in the last 12 months—and, incidentally, also returning the favour to Andy Murray for the Briton’s charities last November.

Federer set up his Foundation in 2003 after winning his first Major title, Wimbledon. He may not have reached No1 until the following year, but by then, he had settled on supporting education projects in the birthplace of his parents: Switzerland and Africa.

He talked in Zurich last spring, after Match for Africa 3, about his fond memories of childhood holidays with this mother’s family and friends in South Africa, but he finally visited as the figurehead of the Roger Federer Foundation for the first time in 2005.

He made it to Malawi in the summer of 2015, but this has been his first trip to Zambia, where he made field trips to see the impact of the Foundation’s education programmes in three different community schools in the Eastern Province—and spent time with the children, parents and community workers.

By end of 2018, the overall investment in the country will be $5.1 million, so little wonder, perhaps, that the President of Zambia, Edgar Lungu, the Minister of General Education, David Mabumba, and the Minister of Youth, Sports and Child Development, Moses Mawere, were all on hand to welcome the Swiss at Lusaka at the start of his three-day trip.

Across the board, though, the last 15 years have seen the establishment of 18 programmes in Botswana, Malawi, Namibia, South Africa, Zambia, Zimbabwe and Switzerland with around 7.5 million CHF ($7.6 million).

The initial aim was to benefit one million children by the end of 2018. The report this week from the Foundation is unequivocal: “This goal will be exceeded.”

Federer has managed, over the years, to exceed many expectations, and achieve a good number of his goals—grabbing the No1 in Rotterdam was just the latest. However, one suspects he is as proud of reaching this last goal as any of them.

For more on the Foundation and its work, see www.rogerfedererfoundation.com or Twitter: @rogerfedererfdn

Rafael Nadal, master of Monte-Carlo, keeps the clay fire burning: ‘It’s not the moment to stop and disconnect your mind’