Can Alex Iwobi establish himself under a new Arsenal manager?

Who will be the man to try and bring the best out of Alex Iwobi at Arsenal following Arsene Wenger's exit? 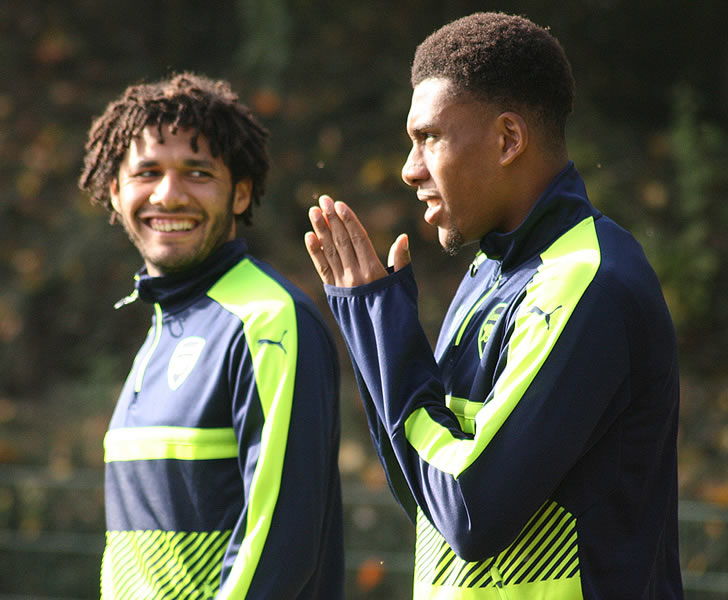 Alex Iwobi was just one of the many Arsenal youth team players Arsene Wenger brought through the ranks.

The forward joined Arsenal’s first team in 2015, and in three seasons, became an often-used player under Wenger.

The Nigerian international is set for this summer’s World Cup and is feeling confident ahead of the tournament. Sports sites in Nigeria and fans will be expecting the Super Eagles to perform well at the tournament, and the Arsenal man Iwobi could be at the centre of the team’s success.

Since joining the Gunners’ senior squad, Iwobi has seen his Premier League minutes increase. The Nigerian has tallied 1,772 top-flight minutes this season. Although Iwobi has equaled his goals total from last term (three) he has registered a career high five assists.

Now with a new manager headed to the Emirates this offseason, the big questions is: Can Iwobi establish himself under a new manager?

Comparison can be made between Iwobi and former Arsenal team-mate Alex Oxlade-Chamberlain. The latter moved to Liverpool in the summer of 2017 and slowly became a top player for the Reds. Oxlade-Chamberlain had always looked the part in an Arsenal shirt, but never fulfilled the expectations bestowed upon him.

At Liverpool, Oxlade-Chamberlain has played in a new role and has been given responsibilities like never before under Wenger.

Iwobi could experience the same fortunes under a new manager at the Emirates. New tactics, a different direction and fresh methodology could all benefit the forward, much like Jurgen Klopp’s tactics have helped Iwobi’s former teammate.

One of the most difficult aspects of Iwobi’s game is trying to figure out which position he is best in. His versatility is both a blessing and curse as the Nigerian can slot into a number of attacking position and give Arsenal 90 solid minutes.

However, stats don’t lie and Iwobi’s most effective position this term has been as an attacking midfielder down the middle of the pitch. In nine appearances in the position, Iwobi has scored one goal and tallied three assists.

Pushed to the right-hand side as an attacking midfielder has seen Iwobi play well, too. In two matches on the right side, the Gunner has tallied two assists.

A manager who will play Iwobi in one position week in, week out, should be able to tap the full potential of the Nigerian. Wenger’s need and willingness to play Iwobi in a variety of areas has hurt the player’s production.

Iwobi’s three assists from a central attacking position show just how creative he is. With teammates like Mesut Ozil being hit and miss – especially against Atletico Madrid in the Europa League semi-final – Iwobi will offer Arsenal’s new boss a fresh option.

The attacker also possesses pace teammates like Ozil lack and he can take on defenders with his speed rather than solely relying on his passing.

Although Iwobi started out as a winger, his play this term has proven him as a better central player. A new manager that can see this and exploit it can give Iwobi the chance to establish himself at Arsenal. The Nigerian has plenty of potential, but now, he needs a manger that will play him in a position that is beneficial to both parties.