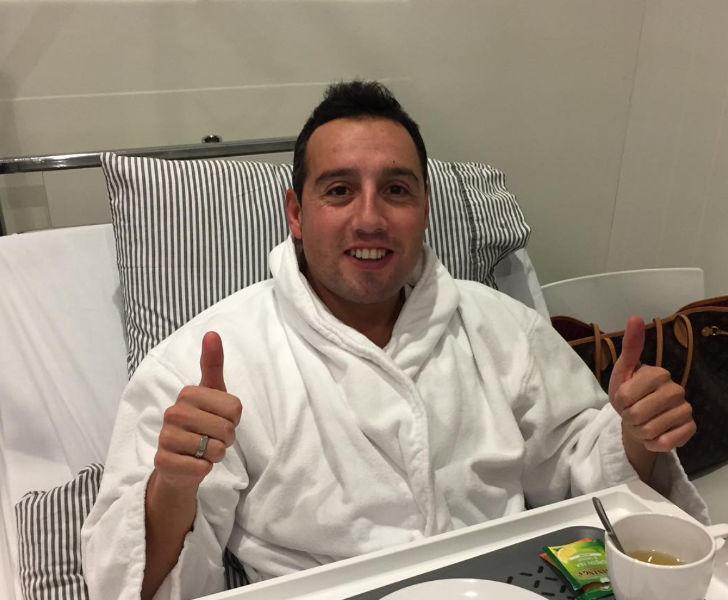 Santi Cazorla has admitted that he is unsure about what the future holds for him at Arsenal.

The Spanish playmaker has not featured for Arsenal since October 2016 after suffering from a series of complications following routine ankle surgery.

Cazorla, 33, is now believed to be closing in on a return to action for the north London club after working on his fitness levels in recent weeks.

The midfielder, who is a firm favourite amongst Arsenal fans, could be set to leave the club on a free transfer this summer when his contract expires.

And the playmaker has admitted that he is as of yet unsure what the future holds for him at Arsenal beyond the summer.

Cazorla is quoted as saying by Metro: “My contract finishes in June and I do not know anything about my future.

“I’m going little by little with the injury.”

Arsenal are currently preparing for their home Premier League clash against Burnley on Sunday afternoon in what will be Arsene Wenger’s final game in charge at The Emirates.

The Frenchman has announced that he will be stepping down as Arsenal manager at the end of the season after almost 22 years in charge of the north London side.

The Gunners are yet to confirm who they will be appointing as the club’s new manager beyond this season.