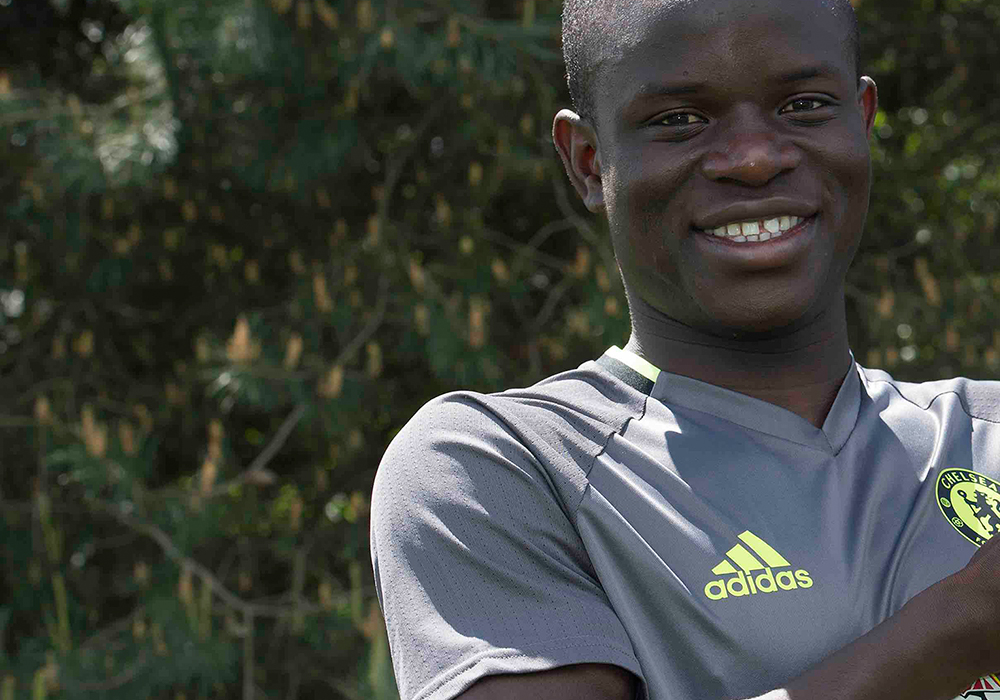 Thibaut Courtois has expressed his admiration for N’Golo Kante’s relentless work ethic ahead of Chelsea FC’s clash against Huddersfield Town on Wednesday night.

The France international moved to Chelsea FC in a £34m deal from Leicester City in the 2016 summer transfer window after Kante helped the Foxes to win the Premier League title under Claudio Ranieri.

Kante wasted no time leaving his mark on the Chelsea FC and the defensive midfielder was a key part of the Blues’ title-winning team under Antonio Conte in the 2016-17 Premier League season.

The defensive midfielder was named the PFA player of the year for his outstanding performances throughout the campaign to become the first player to win the title in consecutive seasons with different clubs.

Kante has been one of Chelsea FC’s most-consistent players in an otherwise disappointing campaign for the Blues.

The France star helped the west London side to keep their top-four hopes alive with a dominant midfield performance in Chelsea FC’s 1-0 win against Liverpool FC at Stamford Bridge last weekend.

Speaking to the Evening Standard about his Chelsea FC team-mate, Courtois said:

“N’Golo just runs and runs and runs. He must be carrying a really big motor inside himself to keep on doing that week after week. He never gets rest and is the guy that gives us balance in this team.”

Chelsea FC are in fifth place in the Premier League table and three points behind Liverpool FC.

Paul Pogba: This proves I’m back to my best for Man United