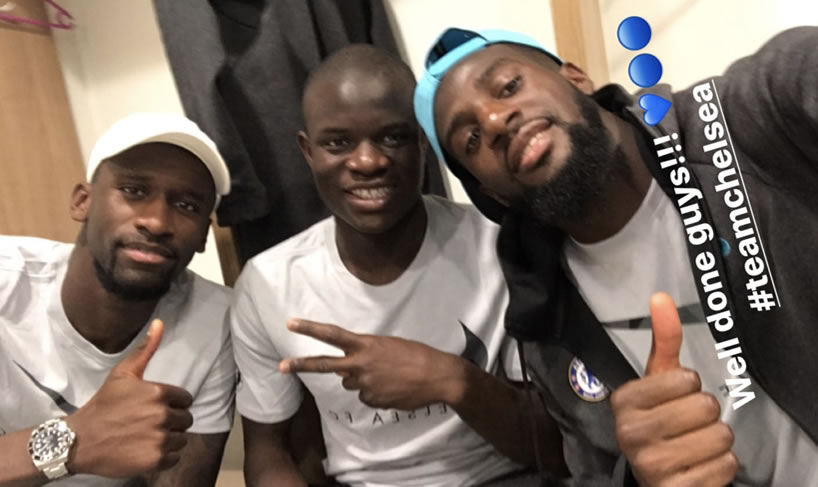 The France international moved to Chelsea FC from Ligue 1 side AS Monaco in the summer transfer window.

Bakayoko arrived at Stamford Bridge amid much fanfare after he helped AS Monaco to beat Paris Saint-Germain to the Ligue 1 title last term as well as reach the Champions League semi-finals.

However, the 23-year-old struggled under the pressure of having to replace Serbia international Nemanja Matic in the middle of the park after the towering midfielder moved to Manchester United in a £40m switch last summer.

Bakayoko’s nadir came in a 4-1 loss to Watford at the start of 2018 after he was sent off inside half an hour following two reckless yellow cards and an overall poor performance at Vicarage Road.

The French midfielder, though, produced one of his best performances in a Chelsea FC shirt in Sunday evening’s 1-0 win over Liverpool FC to keep the west London side’s top-four hopes alive.

“Another special mention must go to Tiemoue Bakayoko who had a splendid match in the midfield,” Nevin told Chelsea FC’s website.

“Considering how difficult he was finding life adapting to the Premier League, especially just after the New Year, it is a very good upturn in form. It certainly helped that the Stamford Bridge crowd were quick to give him huge support when he made a few fine early tackles and started to show some classy footwork.”

Chelsea FC won the Premier League title last season after the Blues finished seven points ahead of Tottenham Hotspur in the title race.

The Blues lost 2-1 to Arsenal in the FA Cup final at Wembley last season to miss out on a double in their current campaign.