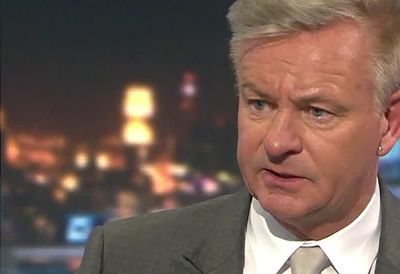 Charlie Nicholas is backing Chelsea FC’s superior firepower to prove the undoing of Manchester United in the FA Cup final on Saturday.

The Blues will make the trip to the home of English football looking to end Antonio Conte’s difficult second season on a positive note.

The west London side limped to a disappointing fifth-placed finish in the Premier League table to miss out on a spot in the Champions League for the second time in three seasons.

Chelsea FC will be looking to make amends for the disappointment of a 2-1 loss to derby rivals Arsenal in the FA Cup showpiece last term to miss out on the double.

January signing Olivier Giroud and Alvaro Morata both got on the score sheet in Chelsea FC’s 2-0 win over Southampton in the semi-final at Wembley.

“Jose Mourinho will set his side up to stifle Eden Hazard,” Nicholas told Sky Sports.

“While he hasn’t been at his best, the top players have the ability to turn it on when they hit the big stage.

“They have to start Olivier Giroud and, with his lethal form, I believe Chelsea have the better firepower on their day than United. If you get Hazard, Willian and Cesc Fabregas linking up then they can create havoc.

“I’ve never heard Jose Mourinho say second place is a good season and I think he could end the season empty handed as well, with Conte having the last laugh before he walks away for a new opportunity.”

Chelsea FC lost 4-1 to FC Barcelona in the Champions League round of 16.