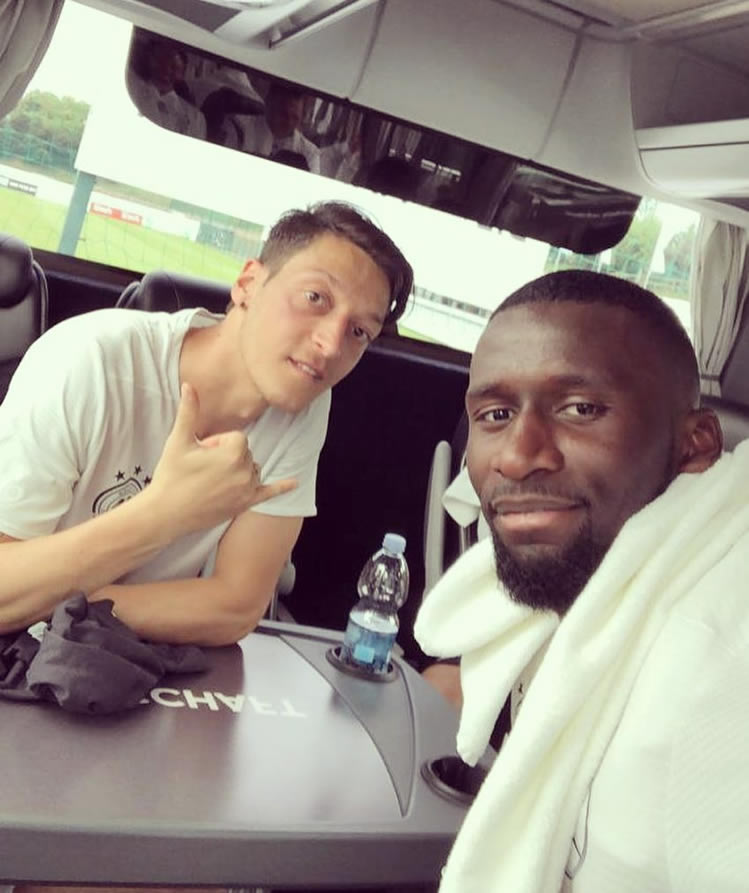 Mesut Ozil looked to be in high spirits as he posed for a picture with Antonio Rudiger after linking up with his Germany team-mates for international duty.

After a brief break following the end of the Premier League season, Ozil and his Germany team-mates have now reported for international duty as the build-up to the World Cup begins.

It was something of a disappointing season for Ozil at Arsenal, as the Gunners slumped to a sixth-placed finish in the Premier League and missed out on a trophy.

However, the 29-year-old playmaker will now be hoping to end the campaign on the best possible note by trying to help Germany win the World Cup in Russia.

Rudiger enjoyed a mixed first campaign at Chelsea FC following his move from AS Roma last summer, as the Blues missed out on Champions League qualification with a fifth-placed finish.

However, the Blues did end the campaign on a positive note, as they beat Manchester United 1-0 in the FA Cup final earlier this month.

Ozil posted the picture above on his personal Instagram account and wrote the caption: “When you and your bro got the back row of the bus to yourselves 🤙🏼 #DieMannschaft #BestNeverRest #HereToCreate @dfb_team @toniruediger.”

The World Cup begins in Russia on 14 June as Germany look to try and defend the title they won four years ago.