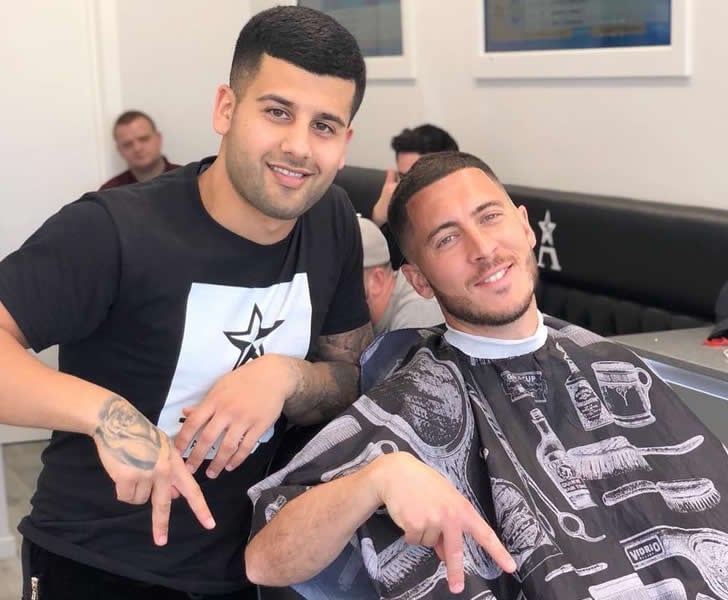 Eden Hazard has taken to social media to show off his latest haircut in the build-up to Chelsea FC’s clash with Liverpool FC on Sunday.

The Belgian playmaker has been in solid form for the Blues this season despite Chelsea FC’s failure to challenge for the Premier League title this season.

Hazard, 27, has scored 15 goals and made seven assists for the west London side this season but the Blues were unable to defend their Premier League title.

Still, the attacker will be hoping to help Chelsea FC end the season on a high when they take on Manchester United in the FA Cup final at the end of the month at Wembley.

And Hazard looked to be in good spirits as he shared a picture from his latest haircut with his barbers before Chelsea FC’s clash with Liverpool FC on Sunday afternoon.

Hazard posted the picture above on his personal Instagram account and wrote the caption: “Always good to have good haircut before big game thanks to my bro @astarbarbers.”

Chelsea FC have struggled to maintain consistent form in all competitions in Antonio Conte’s second season in charge.

The Blues were in fine form last season as they managed to win the title in the Italian manager’s first term in charge, although they did not have the distraction of any European football last season.