Photo: Firmino all smiles with Can on Liverpool FC Marbella trip 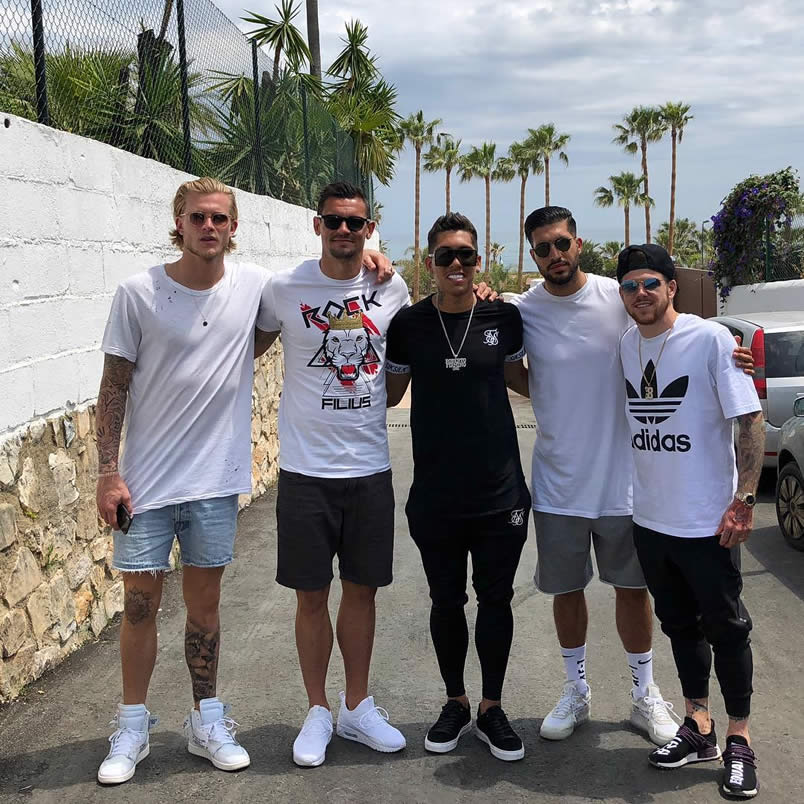 Roberto Firmino looked to be in high spirits as he posed for a picture with Emre Can, Loris Karius and Dejan Loren and Alberto Moreno during Liverpool FC’s training trip to Marbella.

The Reds have flown to warmer climes for a training camp as they prepare for their crunch Champions League final clash against Real Madrid on 26 May.

Jurgen Klopp has taken his side to Marbella to continue their preparations for the Champions League final showdown as they look to put themselves in the best possible shape for the game.

Midfielder Can is facing a race against time to be fit for the final showdown in Kiev later this month after having been out injured with a back problem in recent games.

However, the German seemed to be in high spirits as he posed for a picture with some of his team-mates during some downtime in Spain this week.

Liverpool FC head into the final clash against Real Madrid looking to win their trophy since Klopp’s appointment at Anfield back in October 2015.

The Reds have already secured their place in the Champions League for next season by finishing in fourth place in the Premier League table this term.