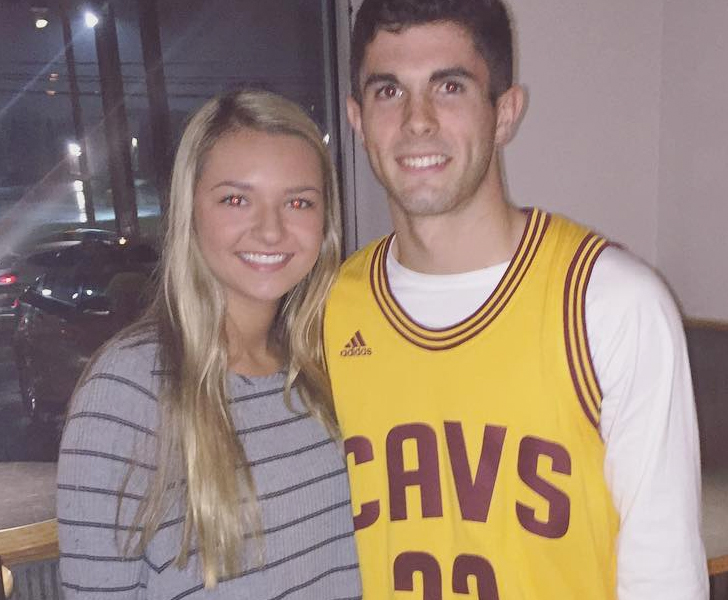 Christian Pulisic admits he is aware of speculation linking him with a move to Liverpool FC this summer.

The Reds have been linked with a potential swoop to sign the United States international in the current transfer window.

Jurgen Klopp was in charge of Borussia Dortmund when Pulisic completed a move to the Westfalenstadion.

Pulisic has gone on to establish himself as a key member of the Dortmund team since Klopp quit the Bundesliga outfit in 2015.

The 19-year-old has scored four goals and has made five assists in 29 games in the Bundesliga in the 2017-18 season.

Pulisic contributed one assist in eight appearances in Europe, having featured in both the Champions League and the Europa League.

Liverpool FC still have the funds raised from Philippe Coutinho’s £142m sale to FC Barcelona in the January transfer window.

However, Pulisic, who won’t feature at this summer’s World Cup after the United States missed out on a place in Russia, underlined his continued commitment to Dortmund.

“Of course [I’m aware of them], I am still finishing my season strong with Dortmund,” Pulisic told ESPN.

“I’ve been happy here all season. I’ve enjoyed the game. Which is most important. I am looking forward to having a good break this summer.”

Liverpool FC will take on La Liga giants Real Madrid in the Champions League final in Kiev on Saturday afternoon.

The Reds haven’t had an American player since Brad Friedel was the number two at Anfield under Roy Evans.