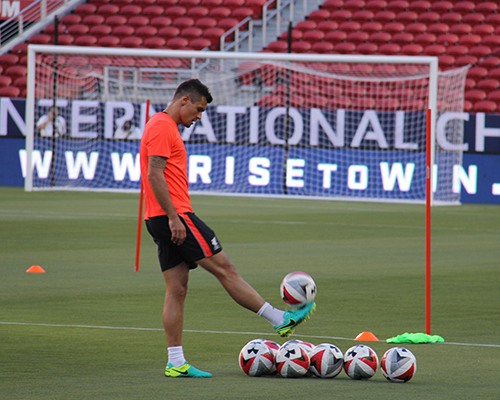 Dejan Lovren is backing Liverpool FC to get the job done when they host Brighton in their final Premier League game of the season on Sunday.

The Reds suffered a blow to their hopes of finishing in the top four this season when they were beaten 1-0 by Chelsea FC at Stamford Bridge on Sunday afternoon.

That result means that Chelsea FC can move level on points with the Reds if they win their game in hand against Huddersfield on Wednesday night.

However, Liverpool FC’s fate still remains in their own hands and they will secure a top-four finish if they beat Brighton at Anfield this weekend.

And Liverpool FC defender Lovren is confident that the Reds will do what is necessary to book their spot in the Champions League for next season by beating Brighton this weekend.

Speaking to Liverpool FC’s website after the loss to Chelsea FC, Reds centre-half Lovren said: “It’s a similar [situation to last season]. We know what we can expect.

“It will definitely be tough. Brighton showed in their previous game against Manchester United that they can win against big teams. But I’m confident we can do it.”

Liverpool FC will also have one eye on their crunch Champions League final showdown against Real Madrid at the end of the month.

The Reds are aiming to beat Real Madrid and win their first trophy since Klopp’s appointment at Anfield back in October 2015.