Madrid Masters 2018: Nadal’s record runs – and No1 ranking – halted by brilliant Thiem, as Edmund bows out 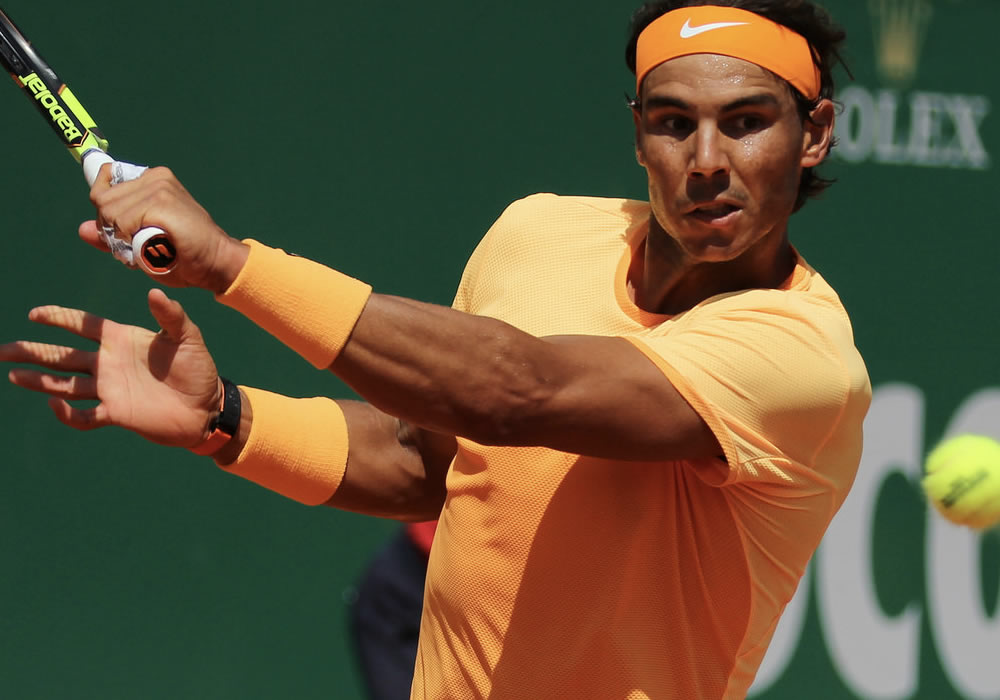 The last eight at this year’s Mutua Madrid Open came down to a happy, intriguing mix of new and familiar, young and old, record-breaking and career-stretching milestones.

Take the first pair onto court, Kevin Anderson and Dusan Lajovic, the world No8 versus a qualifier and No95, Anderson a Major finalist and owner of four titles, Lajovic playing his first Masters quarter-final and with no titles at all. But make no mistake: Anderson had a big career hurdle to jump. He had never made a Masters semi-final from 10 previous quarter-finals—and none of those quarters had been on clay.

He came perilously close to failing again against the contrasting style of the single-handed Serb, but after two and a quarter hours, he sealed his 20th match-win of the year, 7-6(3), 3-6, 6-3.

Had he been thinking about that 0-10 run, he was asked?

“I must be honest, not too much, it was not going to be any good thinking about it out there. Of course, I was very motivated to get through, but I think I was using it more as inspiration. Trying to tell myself as much as possible that today was my day.”

The 31-year-old Anderson may also be looking at a new career high ranking of No7, depending upon how his fellow quarter-finalists played.

The Friday schedule was bookended by another 30-plus looking to break new ranking ground. John Isner, at 33 years old, had equalled his No9 ranking of six years ago after winning his first Masters title in Miami. Now he was looking at No8, and it so happened that he would attempt to do it against the man he beat for that Miami Masters, a man 12 years his junior but No3 in the world, Alexander Zverev.

Neither man had dropped serve thus far, but Isner had taken the more arduous route: five tie-break sets as compared with two straight-sets wins in under two and a half hours for Zverev. The young German also had the 3-1 advantage, including their only meeting on clay—on Zverev’s way to the Rome Masters title last year.

The first put the man of the moment, the multiple Madrid champion and world No1 Rafael Nadal, up against one of the best other clay players on the tour, world No7 Dominic Thiem.

Nadal had not dropped a set on his way to an 11th Monte-Carlo Masters and 11th Barcelona title, and was favourite to defend his Madrid title too. In beating Diego Schwartzman, he extended his run of sets on clay to a record 50 dating back to last year’s French Open and to 21 clay matches. But both records began after his defeat by Thiem in Rome last year—a rare achievement indeed.

However, Thiem’s progress to the quarters was very different from Nadal’s: two three-set battles. Did he really stand a chance against the formidable Spaniard, who entered his beloved clay swing more rested than ever before courtesy of his injury absence since the Australian Open? Their recent meeting in Monte-Carlo suggested not—a 6-0, 6-2 trouncing.

But this was a new day at a new tournament, and brought a bold, attacking, confident Thiem to court. When at his best, the 24-year-old Austrian has a one-handed backhand in the mould of Stan Wawrinka’s majestic sledge-hammer, and he deployed it here in spectacular form. Nadal immediately faced break points, and survived, but Thiem bludgeoned his forehand three times for an easy hold, 2-2, and his backhand for 3-3.

Nadal at this stage was serving well, resisting the pace and penetration from Thiem, but he buckled in the seventh game: The Austrian took a lead, 3-5, and then stepped up to serve for the set. But as so often happens, tension in the face of Nadal took hold: Thiem’s backhand went awry, he doubled faulted for break point, and thumped a forehand long. Nadal levelled 5-5.

But the Spaniard was clearly feeling the pressure, too, and uncharacteristic errors began to pepper his tennis. He was struggling to contain the speed and spin off both wings from Thiem, hit a smash into the net, and then a forehand. The Austrian broke again, and this time fully committed to his cause with a serve and volley finish. A final ace, and he had broken that run of 50, 7-5, after a thrilling 70 or so minutes.

It did not stop there. The slim, black-clad Thiem continued to go for his shots, and Nadal was ill at ease—two double faults did not help the Spaniard’s cause in the third game, and he was broken at the fifth time of asking.

It was then Thiem’s time to face break points, but he took the initiative, serve and volleyed again, and smashed a winner away, 3-1. However, Nadal is not a five-time Madrid champion by chance: He pummelled back, drew the errors and levelled, 3-3. Yet he could not contain that backhand, which gave Thiem another break chance, and he took it. A love hold, this time with forehand winners, threw the pressure back at Nadal, and the home hero saved the first match point but not the second. Thiem won a famous victory in style, with his 29th winner of the match.

It will be Thiem, then, who faces Anderson for a place in the final, and he has again to overcome a head-to-head deficit, 0-6.

But his win had one more immediate consequence—on a man who has not played any part in the clay swing. Nadal needed to defend his title to prevent Roger Federer returning to No1, but in a reversal of the North American hard-court swing when the absent Nadal profited from an untimely defeat for Federer, he could not do it.

Nadal can reclaim the top spot next week in Rome if he wins the title—but as luck would have it, he is again drawn in Thiem’s quarter.

And so to the fourth intriguing match, between the top-ranked Briton, Kyle Edmund, and the exciting young Canadian Denis Shapovalov.

The teenager Shapovalov had experienced a Masters quarter-final before: He thrilled his home fans by reaching the semis of the Rogers Cup. But he was the youngest quarter-finalist in the Madrid Masters history.

Both unseeded men had shone thus far: Edmund beat Novak Djokovic and David Goffin; Shapovalov beat Benoit Paire and Milos Raonic. Both were now targeting career highs, from new levels already achieved in this tournament, Edmund inside the top 20, Shapovalov into the 30s.

And the two had shared their previous four meetings, across all surfaces and at all levels, so it promised much, and did not disappoint. They split the first two sets, 7-5 to the Canadian, 7-6(6) to Edmund, but as the match entered the third hour, it was the younger man who seemed still full of energy shot-making power, while Edmund flagged just a little on his usually formidable serve.

Shapovalov broke in the third game and held to love, and with new balls in his hand, he fired off sizzling shots down both the forehand and backhand wings. He closed out the match to love with an ace, 6-4, to reach the semis in his first appearance in Madrid.

After two and a half hours, he would have to wait some time yet to learn whether he next played Isner or Zverev.