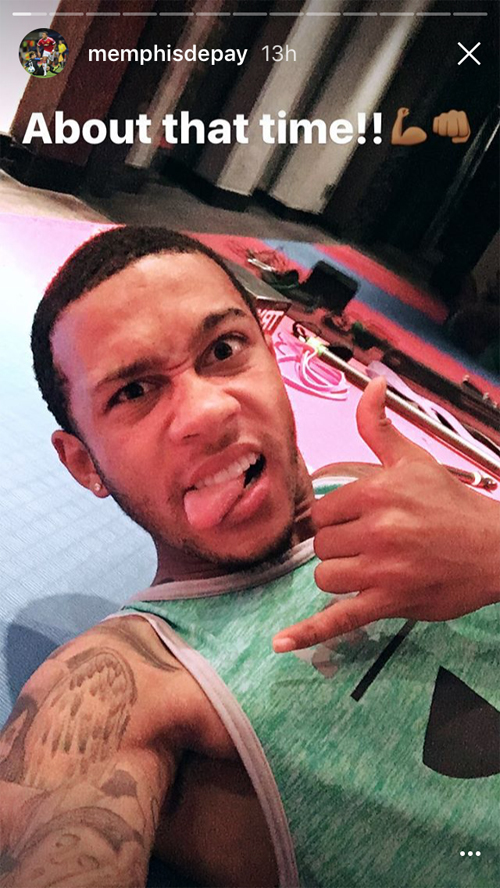 Robert Pires has claimed that Manchester United were wrong to sell Memphis Depay.

The Netherlands international arrived at Old Trafford amid much fanfare following his impressive performances for PSV Eindhoven in the Eredivisie.

He scored 28 times in 40 games in his final season at the Dutch club to help PSV win the Eredivisie title ahead of Ajax.

However, Memphis struggled to live up to the weight of expectation at Manchester United under Louis van Gaal and his successor Jose Mourinho.

The 24-year-old scored seven goals in 53 appearances in all competitions before Mourinho opted to sell the Dutch winger to Ligue 1 side Lyon in January 2017.

Memphis has netted 16 goals and made 12 assists in 34 games in Ligue 1 this term to help Lyon finish behind Paris Saint-Germain in the French top flight.

The Arsenal legend believes Manchester United were guilty of a rash decision to sell Memphis to the Ligue 1 side.

“He struggled at Manchester United because it is difficult to change country and enter a new club, a new language and a new environment at such a young age.

“He is now a very important player for Lyon and he is making a big difference in the crucial games. I think Manchester United made a mistake when they sold him and they could regret it.”

Memphis has netted 24 goals in 66 games for Lyon since his move to the French club.

Manchester United signed Memphis in a £25m deal from PSV before the Red Devils sold the Dutch star to Lyon in a £16m deal.

The Red Devils are in the FA Cup final where Manchester United will face Chelsea FC.