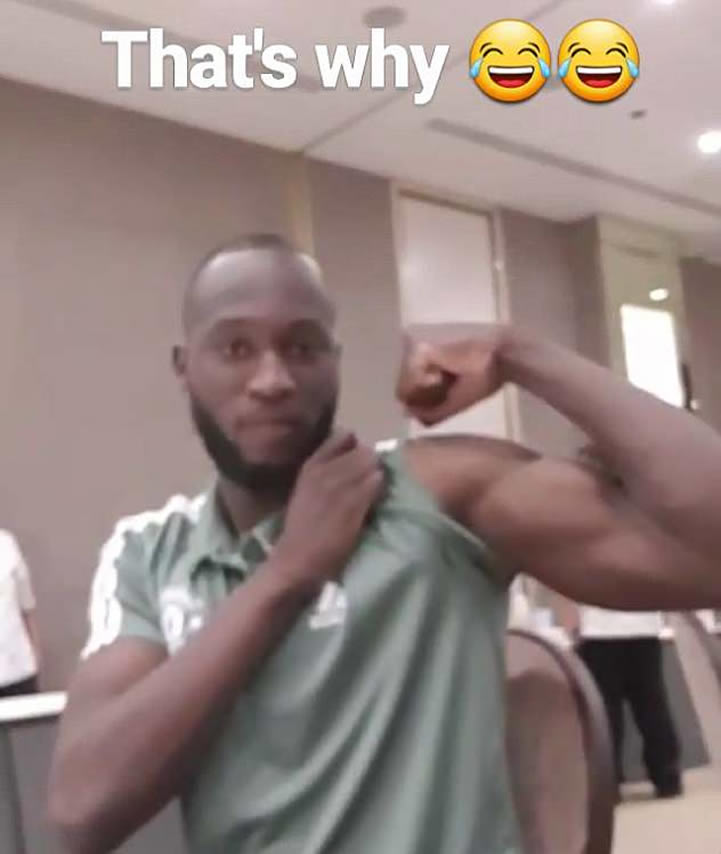 Romelu Lukaku has handed Manchester United a boost after he was pictured in good spirits ahead of the FA Cup final showdown against Chelsea FC on Saturday.

Lukaku has been facing a race against time to prove his fitness to Jose Mourinho ahead of the Wembley clash after having suffered an ankle injury in recent weeks.

The Belgian striker suffered the problem during the win over Arsenal last month but he has been working hard on his fitness levels in recent days as he bids to earn a starting spot for Saturday’s showdown.

And Lukaku seemed to be in a cheery mood as he was snapped by midfielder Nemanja Matic behind the scenes as Manchester United continued their preparations for the game.

Manchester United head into the showdown looking to end the season with a trophy after having wrapped up a second placed finish in the Premier League last weekend.

It was the Red Devils’ highest placed finish since their final title triumph under Sir Alex Ferguson back in 2013.

Manchester United are bound to be linked with a host of players in the coming weeks and months as Jose Mourinho looks to bolster his squad ahead of next season.