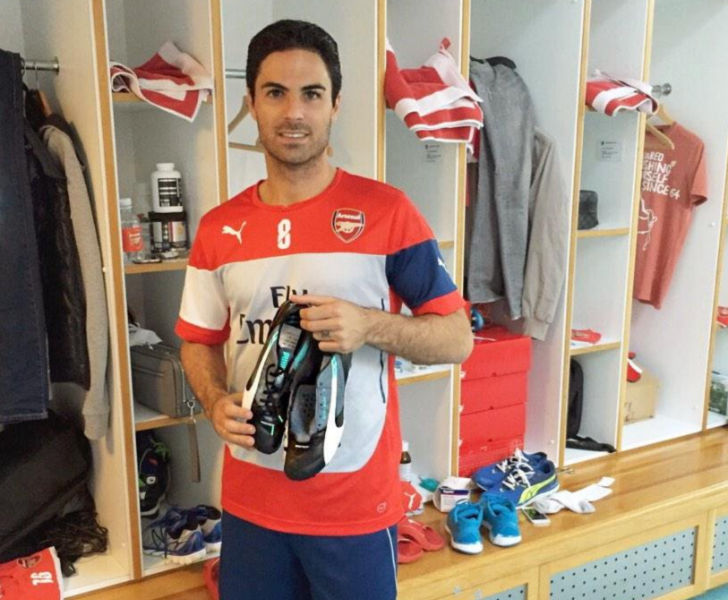 William Gallas has expressed his doubts about whether Mikel Arteta will be able to thrive as Arsenal manager.

The Gunners are on the lookout for a new manager following a disappointing 2017-18 Premier League season that saw Arsenal finished in sixth place in the table.

The north London side lost 2-1 to La Liga giants Atletico Madrid in the Europa League semi-final to rule out the prospect of a Champions League spot next term.

However, it became apparent that the Gunners were considering appointing a former player as Wenger’s successor amid reports of interest in Thierry Henry and Patrick Vieira.

Arteta, though, is the overwhelming favourite to become the next Arsenal boss having worked as Pep Guardiola’s assistant at Premier League champions Manchester City.

Former Arsenal defender Gallas expressed his doubts over Arteta becoming the next Gunners boss after Wenger stood down following 22 seasons in charge.

“I don’t know him as a manager.

“But yeah I would be surprised because he’s never been in charge as a manager.

“Yeah he was assistant coach with Guardiola but it’s completely different when you are in charge of 24 players. You have to manage 24 players.

“So it’s only Arsenal who are going to decide.”

The north London side lost 3-0 to Manchester City in the League Cup final at Wembley back in February.