Wimbledon 2018: Prize money, integrity, special anniversaries – and who may not be seeded

Everything you need to know about Wimbledon 2018 as the grass court season draws nearer, including prize money and news of the seeds 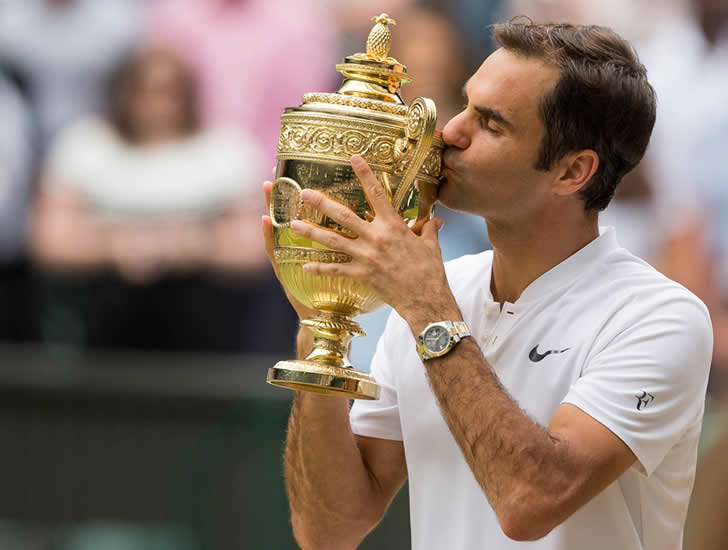 The sun shone down on the hallowed turf of the All England Club on May Day. No nets, rope surrounds, or fans at this time of year, of course, but still the fountains trickle, the flowers bloom, and the lawns glow like green velvet.

All as it should be, then, as the Spring Press Conference convened to herald the return of the oldest Major, the Wimbledon Championships.

Even so, the presentation and subsequent discussions did touch on a variety of areas where matters were not quite—not yet, at least—as they should be.

There continue to be concerns over integrity within the sport associated with match-fixing, betting, lack of best effort, match retirements, and more. Unsurprisingly, the All England Club, as one of the constituent governing bodies, gives its full support to the Tennis Integrity Unit’s independent interim report.

One immediate rule-change at this year’s Championships follows a record number of first-round retirements last year—five in the men’s singles and a sixth in the women’s The ‘50-50’ rule will allow a player who withdraws before their match to share first-round prize money with the Lucky Loser who replaces them. There is now £39,000 on offer for opener matches, so the incentive of almost £20,000, along with the threat of a fine that would wipe out that first-round money for early retirement, should be enough to avoid a repeat in 2018. 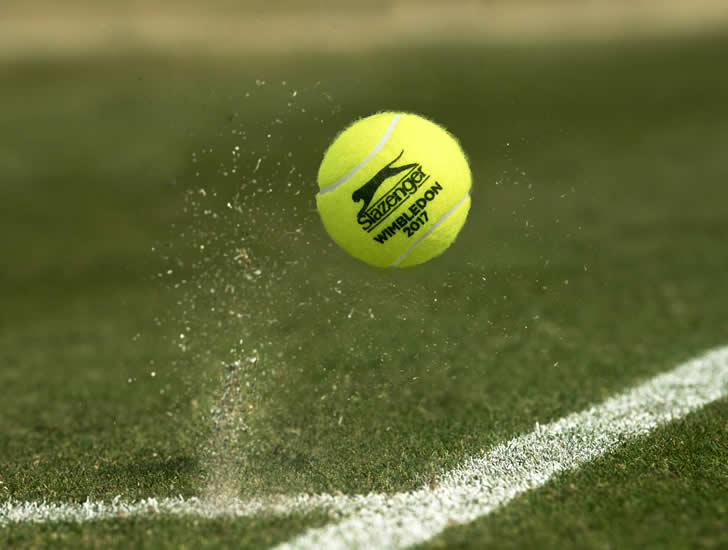 Taking their time—and NO to coaching

Match officials will strictly apply the 1-5-1 rule: one minute from arriving on court until the coin toss; five minutes for warm up; one minute to be ready to start.

Players will have 25 seconds between points, as on the pro tours, but the tournament is vehemently opposed to on-court or courtside coaching—and is adopting a ‘wait and see’ attitude to on-court shot clocks (both ideas that have been trialled are the US Open in the junior and qualifying events).

All England Club Chief Executive Richard Lewis insisted that the absence of coaching during a match was a “fundamental philosophy”:

“We totally disagree that coaching should be allowed, and feel very strongly indeed that coaching in tournament play is wrong. It is a fundamental matter of philosophy for Wimbledon that tennis is a gladiatorial sport. In singles, you’re on your own and work things out for yourself… We have much more empathy that match officials should be tougher on rules that do not allow coaching.”

Will former champions and world No1s Serena Williams and Andy Murray be seeded this year? Williams gave birth to a daughter last September, and has thus far only dipped a toe into the competitive waters in Indian Wells and Miami. She has a ranking of 449, and while her ‘protected ranking’ qualifies her for the main draw, it does not guarantee a seeding.

Clearly, new rules are needed that embrace maternity leave as a status different from injury absence, but until then, Wimbledon is in a tricky place. Its regulations state:

“The seeding order follows the WTA ranking list, except where in the opinion of the committee, a change is necessary to produce a balanced draw.”

Lewis, in Q and As, attached this proviso to the seedings, not the entire draw. Subsequent reports, following discussions with the WTA, suggest that view may be re-interpreted.

It remains possible, then, that Williams could be drawn against world No1 Simona Halep in the first round of this year’s Championships. Meanwhile, it is entirely possible that 2016 champion Murray could be drawn against Rafael Nadal or Roger Federer in the first round. His injury absence since last year’s Championships has taken his ranking down to No39—and it will slip further as he bypasses the whole clay swing. So although readjustment to the order of the seeds is permitted to allow for previous grass results, they leeway could not to bump Murray into the seedings.

This major three-year project is on schedule and on budget. That means that the fixed roof for Court 1 will be in place for 2018, and the retractable roof will be ready for 2019 (and will add around 1,000 seats to Court 1’s capacity). For those with an interest in the detail:

· The upgrade includes more than 130km of electrical and data cabling, and used over 40 miles of scaffolding tubes.

· Current total of man-hours worked since the project commenced is more than 2.2 million.

And a note for next year’s diary: The Club will host a celebration event on Sunday 19 May, designed to test the new roof, and giving proceeds to the Wimbledon Foundation. It will be broadcast live on the BBC, and will feature men’s and women’s singles, and mixed doubles matches. Further details will be announced nearer the time. 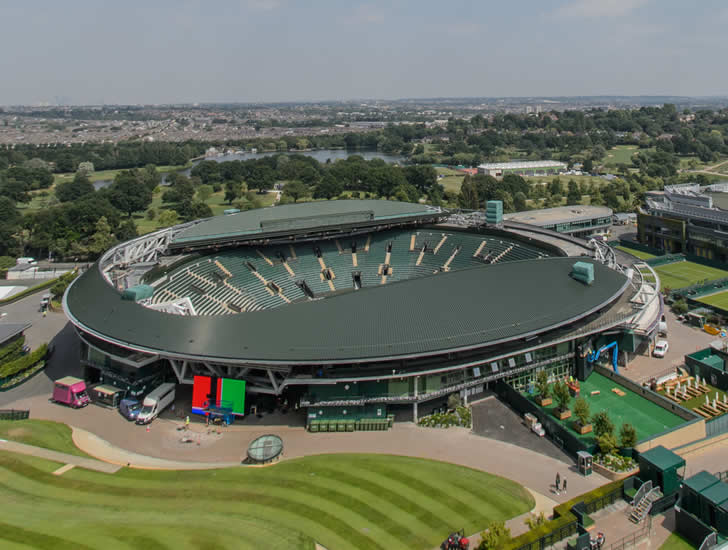 So Court 1 begins to show Wimbledon just as it should be, as do many more of the changes for the Championships this year. Here are a few of them.

· At least a 20% rise for wheelchair events

· No plastic straws (over 400K were used last year)

· The Queue will enjoy free wifi and contactless payment, and live streaming of the ‘Big Screen’

· All 18 courts will be televised for first time, and ‘net cam’ introduced on Centre and No1 courts

· One match court will be broadcast live

· It is marking 125 years of the Ladies’ Singles Championships

· And first Open champions, Rod Laver and Billie Jean King, will be the Chairman’s special guests.

Sunday 1 July, 8am: The Queue opens