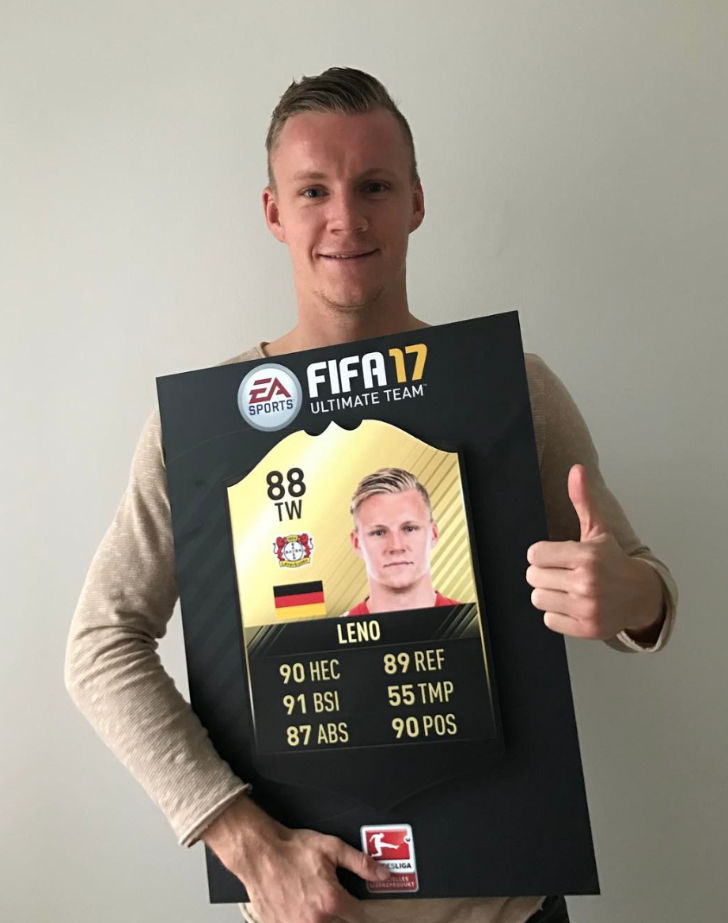 Bernd Leno has spoken of his delight to complete a summer move to Arsenal from Bayer Leverkusen.

The Germany international completed a reported £20m move to Arsenal from the Bundesliga side on Tuesday evening to become the second summer signing of the Unai Emery era.

Former Stuttgart shot stopper Leno has put pen to paper on a five-year to the Gunners to commit the best years of his career to the north London side.

The 26-year-old will be tasked with competing with former Chelsea FC goalkeeper Petr Cech and Colombia international David Opsina for a starting spot in Emery’s team next season.

Leno didn’t win a trophy during seven seasons at Bayer Leverkusen after the German goalkeeper made 304 appearances for the Bundesliga outfit.

The new Arsenal signing spoke of his delight to complete a move to the Gunners from Leverkusen in the summer transfer window.

“I was excited and I was proud because Arsenal is such a big club, all over the world and in Germany Arsenal is so famous too,” Leno said.

“When I heard it, I was a little bit nervous and at this moment it was clear that I wanted to sign for Arsenal.”

Arsenal finished in sixth place in the Premier League table last season to miss out in Champions League football for the second successive campaign.

The Gunners lost 3-0 to Premier League champions Manchester City last term to finish the season without any silverware.

Arsene Wenger stood down after 22 seasons in charge of the north London side following their disappointing 2017-18 campaign.

Sky Sports reporter suggests German could be sold by Arsenal