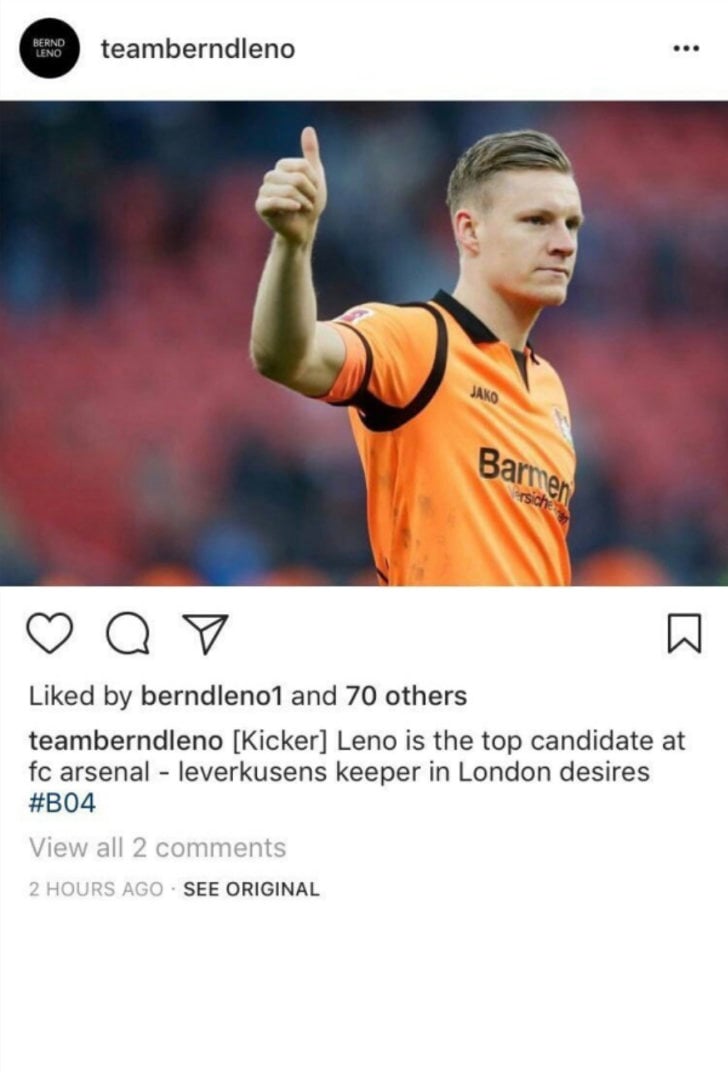 Bernd Leno has dropped a big hint that he is close to a move to Arsenal this summer.

The Gunners are thought to be in the market to sign a new goalkeeper this summer to ensure a long-term replacement Petr Cech.

The Czech Republic international has struggled to maintain his high standards over the past season or so to raise questions about his ability to perform at the top level.

His understudy David Ospina has been prone to mistakes since his move to Arsenal from Nice in the 2015 summer transfer window.

Arsenal have been linked with a potential swoop to sign Bayer Leverkusen goalkeeper Leno in the current transfer market to improve their options in goal.

Some reports have suggested that the Gunners have reached a £20m agreement with Leverkusen to sign the Germany international.

Leno has fuelled reports that he is set to move to Arsenal after the shot stopper liked a post on Instagram which named him as the Gunners’s ‘top priority’ this summer.

Arsenal made Switzerland captain Stephan Lichtsteiner in a free transfer from Serie A giants Juventus earlier this month.

The Gunners finished in sixth spot in the Premier League table last term.