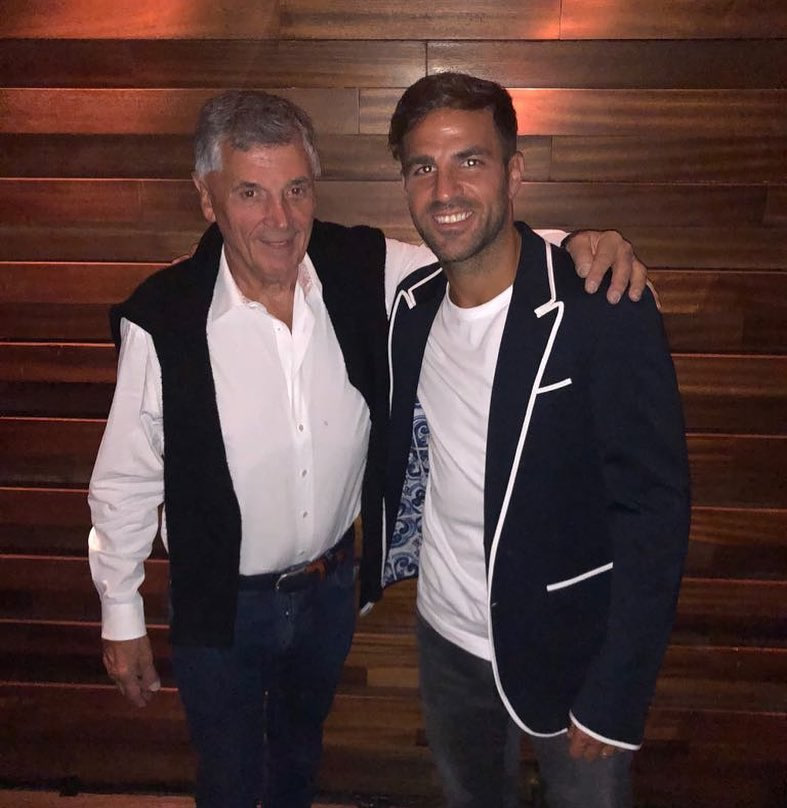 Cesc Fabregas has taken to social media to praise David Dein after having dinner with the former Arsenal vice-chairman.

Dein was one of the driving forces who helped Arsenal to conclude a deal to bring Fabregas to Highbury back in 2003 as a teenager before he eventually left his role at the north London club in 2007.

Dein’s departure came as a disappointment to many senior figures at the north London club and the Gunners struggled on the pitch following his departure.

Now, Fabregas has taken to social media to pay tribute to the former Arsenal chief and claim that things at the north London club were not the same following his exit.

Fabregas posted the picture above on his personal Instagram account and wrote the caption: “Great dinner with the first man to sign me professionally. It was never the same after you left. #DavidDein.”

The north London side will be aiming to at least try and break back into the top four next season after they ended up in sixth place and without a trophy in Arsene Wenger’s final campaign in charge last term.

The Gunners are likely to be on the lookout for a number of new signings this summer as they aim to bolster their squad.