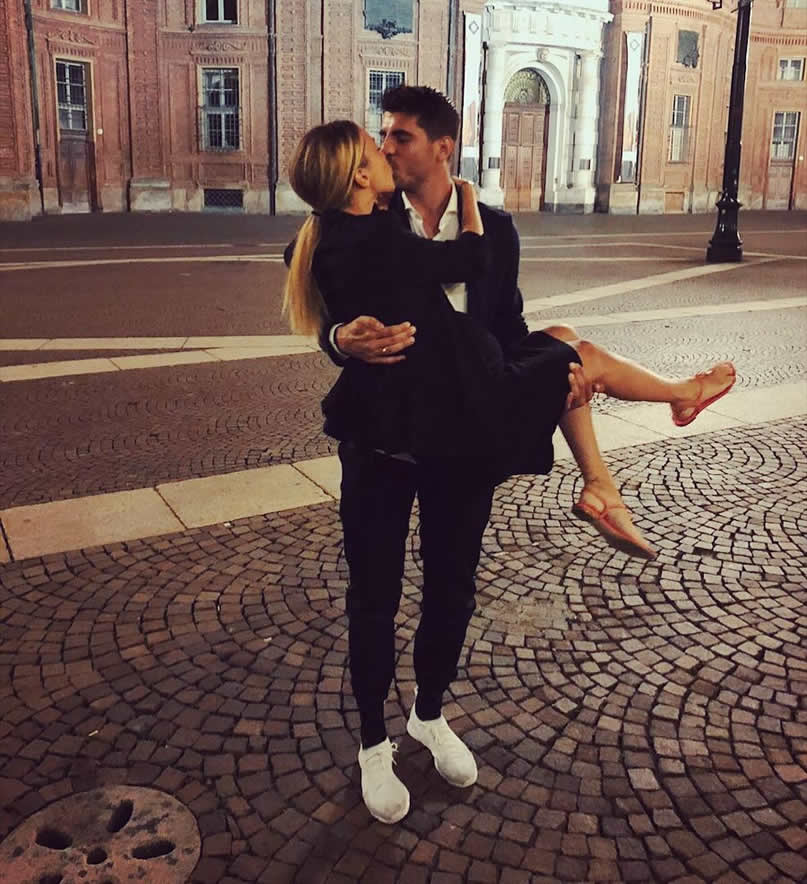 Alvaro Morata looked to be enjoying some downtime away from football as he enjoyed a holiday to Italy with his wife Alice Campello.

It was something of a mixed first season for Morata at Chelsea FC following his move to Stamford Bridge from Real Madrid last summer.

The Spain international started the season strongly but his form tailed off in the second part of the campaign after he struggled with fitness issues.

Morata ended up falling behind January signing Olivier Giroud in the pecking order at Stamford Bridge after his arrival from Arsenal at the turn of the year.

His lack of playing time last season resulted in him being omitted from the Spain squad for this summer’s World Cup.

However, Morata seemed to be in good spirits as he took a break away with his heavily pregnant wife Alice Campello.

Campello shared the picture above on her personal Instagram account and wrote the caption: “🌹 I love you 🌹.”

It remains to be seen what the future holds for Morata at Chelsea FC, with the Spaniard’s future having been a source of speculation recently.