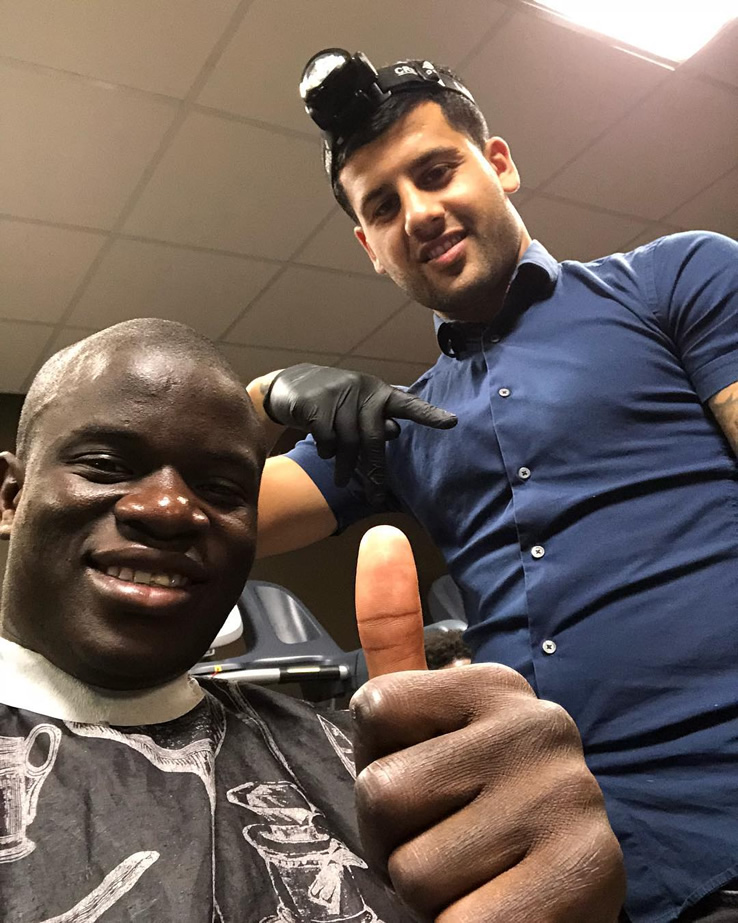 N’Golo Kante has been making sure that he’ll be looking sharp at the World Cup with France this summer as he got a fresh haircut while on international duty.

The Chelsea FC midfielder will be hoping to play a key role for his national side as they bid to try and win the tournament in Russia this summer.

Kante helped France to kick off their World Cup group stage campaign by claiming a 2-1 victory over Australia in their opening game on Saturday.

The 27-year-old is widely regarded as one of the top holding midfielders in world football, and he seemed to be in good spirits as he posed for a picture after having a haircut over the weekend with A Star Barbers.

Kante and his Chelsea FC team-mates endured something of a disappointing campaign last season as they ended up in fifth place in the Premier League table and missed out on Champions League qualification for next term.

However, the Blues did manage to end the campaign on a positive note as they beat Manchester United 1-0 in the FA Cup final to finish the season with a trophy.

The west London side will be aiming to try and break back into the top four next season at the very least.