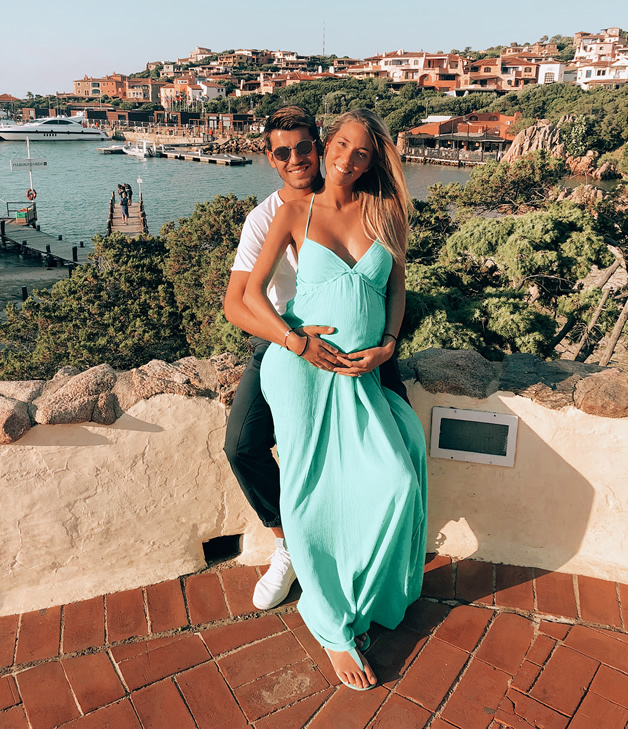 Alvaro Morata has been enjoying some downtime with his wife Alice Campello in Italy this week as his Spain team-mates compete at the World Cup.

The Chelsea FC striker was not called up to the Spain squad for his summer’s tournament in Russia following his patchy form for the west London club last season.

Morata signed for Chelsea FC from Real Madrid last July, but he struggled to produce consistent performances for the Blues during his first campaign at the club.

He suffered a back injury mid-way through the campaign which hampered his progress and he ended up being replaced in the starting line-up by January signing Olivier Giroud.

Morata still looks to be in good spirits however, as he enjoyed a trip to Sardinia with his heavily pregnant wife Campello, who is expecting twins.

Campello posted the picture above on her personal Instagram account and wrote the caption: “Sardegna 🇮🇹 ❤️.”

Chelsea FC fans will be hoping to see Morata hit top gear for the west London club next season as they look to try and break back into the top four next term.

The Blues ended up in fifth place last season as the west London side had to settle for a place in the Europa League for next season.