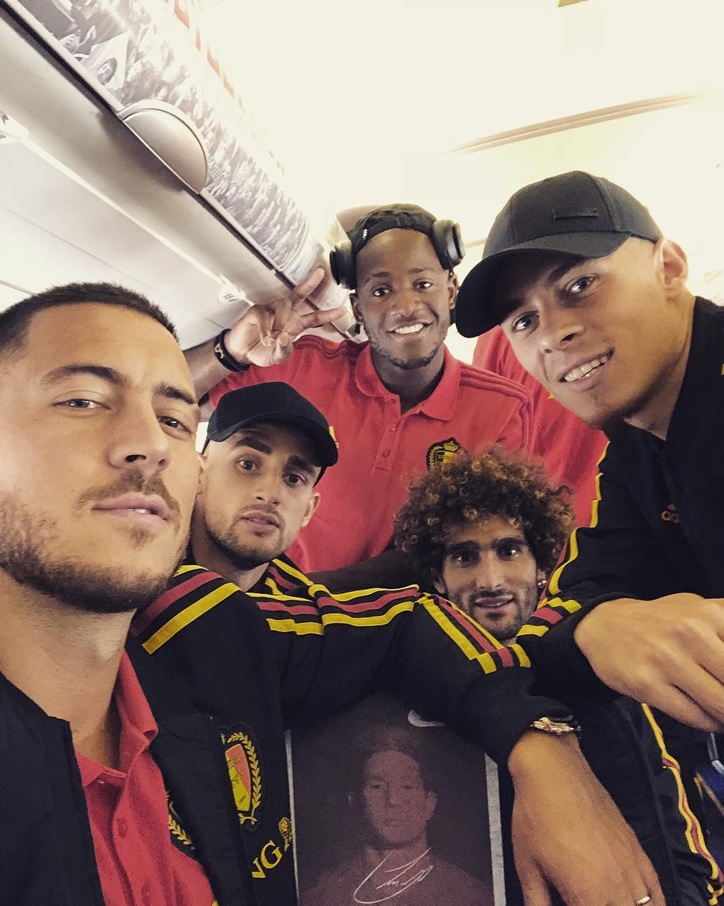 Eden Hazard looked to be in high spirits as he posed for a picture with Marouane Fellaini and some of his other Belgian team-mates on international duty.

The Red Devils are preparing for their World Cup opener against Panama on Monday night as they look to cement their status as one of the favourites for this summer’s tournament in Russia.

Hazard looked to be in good shape as he posed for a snap with the likes of Manchester United midfielder Fellaini, as well as his brother Thorgan and Chelsea FC team-mate Michy Batshuayi.

Former Manchester United star Adnan Januzaj posted the picture above on his personal Instagram account and wrote the caption: “We coming 🇷🇺 #🇧🇪🔥”

Fellaini’s situation at Manchester United continues to be a source of uncertainty. The midfielder’s contract at Old Trafford is due to expire this summer and he has not yet penned a new deal with the Red Devils.

That means that he could end up leaving Manchester United on a free transfer this summer unless the Red Devils are able to convince him to sign a new contract.

Hazard, meanwhile, has also been linked with a move away from Chelsea FC this summer after the Blues failed to qualify for next season’s Champions League.