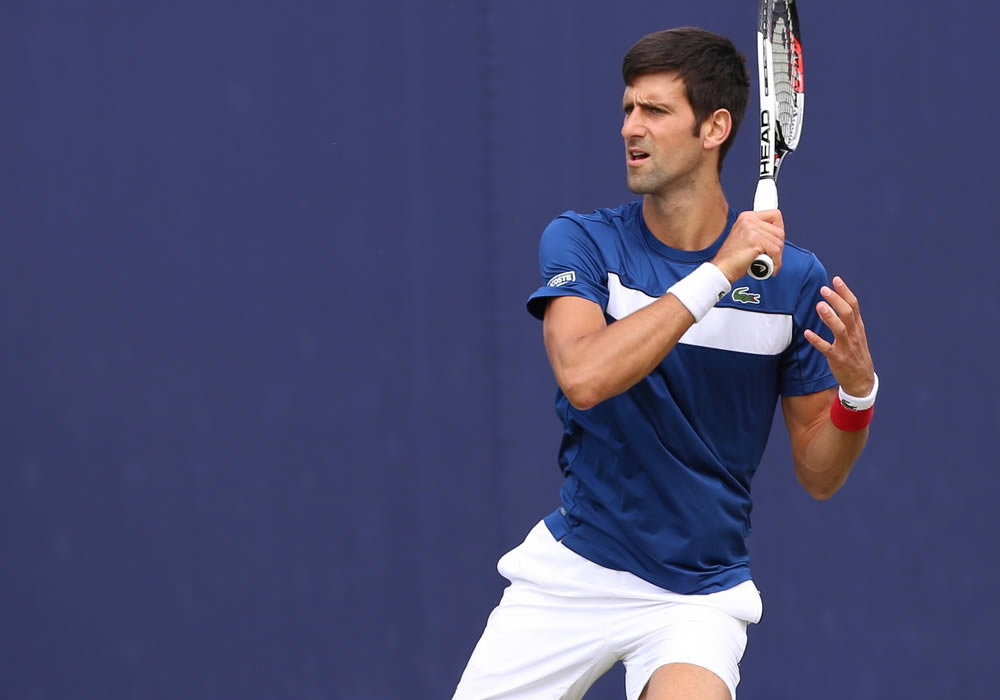 Novak Djokovic, one of the most prolific champions in world tennis, will join Roger Federer to spearhead Team Europe’s defence of the Laver Cup in Chicago in September, while 2009 US Open champion Juan Martin del Potro will add his weight to Team World.

The 12-time Major champion Djokovic is one of only eight male players to complete a career Grand Slam, and is also the first man since Rod Laver to hold all four Major titles at the same time.

“I’m very excited about playing the Laver Cup in Chicago later this year and helping to defend the title for Team Europe,” Djokovic said.

“I love the whole concept of ‘rivals becoming teammates’ and can’t wait to join Roger Federer in Team Europe under the leadership of our inspirational captain,

Bjorn Borg, one of the most accomplished players in tennis history.

“Roger and I have played so many tough matches, and he is such a great champion, so it will be a unique experience being part of the same team and perhaps even playing doubles together.

“I watched the Laver Cup on TV last year and it looked amazing. All the players competed with such passion and the team spirit was extraordinary—everyone was working together, cheering for each other, and even coaching from the bench during matches. I can’t wait to be part of that experience.

“It’s always fun to discover a new city, and I can’t wait to explore Chicago. There’s a large Serbian community in the city and I hope they come out and support me and Team Europe.”

“Novak is one of the great champions of our game and I’m thrilled he will be joining Team Europe at the Laver Cup this year. He is a true team player and we’ve seen how much he thrives in that environment.

“I have no doubt Novak will join Roger as another great leader in our team, and his flair and showmanship will provide just as much value off the court as in the matches.

“As the defending champions, and playing in Chicago, Team World territory, there’ll be a lot of pressure on our players to perform. Novak is a big match player, he’s been in those tough situations many times before, and he’ll bring not just tremendous experience, but a great attitude and work ethic as well. I’m very excited to welcome him to Team Europe.”

Del Potro will also be making his Laver Cup debut as Team World’s top-ranked player, back up to world No4 after a four-year absence from the top 10.

“I have had some of the best moments of my career as part of a team, so of course I’m excited to join Team World for the Laver Cup. Although I wasn’t able to play last year, I watched the Laver Cup a lot on the TV and it was very special to see players who normally compete hard against each other and are rivals all year on the tour, join together in one team.

“I’m also excited about coming to Chicago. It’s home to so many sports teams and is known as one of the most sports-mad cities in the world.”

“Del Potro is one of the most dangerous competitors on the tour and has the weapons and power game to defeat anyone on his day, so naturally I’m delighted to have him on the team. He’s made an astonishing comeback in the past year and it’s wonderful to see him back at the top of the rankings. With his firepower and big forehand he’ll be a massive asset to our team.”

· The Laver Cup is a three-day tournament pitting a team of six of the best tennis players from Europe against six of their counterparts from the rest of the world. Federer and Djokovic are confirmed for Team Europe, with del Potro and Kyrgios signed up to Team World.