Photo: New Liverpool FC signing jets off to New York with his wife 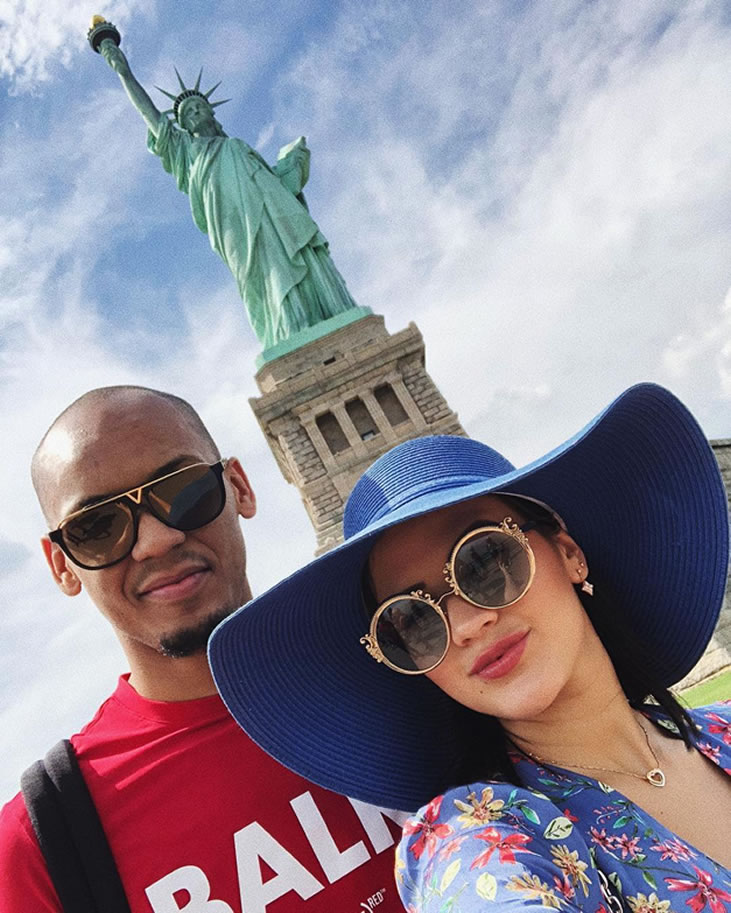 Fabinho has been enjoying some downtime away from football after having signed for Liverpool FC last week.

The Brazilian midfielder put pen to paper on a long-term contract with the Merseyside outfit last week as the Reds signed him from Monaco as their first recruit of the summer transfer window.

Fabinho will now be looking forward to linking up with his new team-mates this summer as he bids to help Liverpool FC to challenge for the Premier League title next season.

In the meantime, however, Fabinho has been enjoying a well-earned break after a gruelling season with Monaco, and he looked to be in good spirits as he jetted out to New York with his wife Rebeca Tavares.

Fabinho’s other half posted the picture above of the happy couple in front of the Statue of Liberty in New York and wrote the caption on Instagram: “Love ❤️ #nyc #ynwa.”

Liverpool FC are thought to be on the lookout for a number of other new signings this summer as Jurgen Klopp looks to assemble a squad capable of winning the Premier League title next season.

The Reds ended up in fourth place in the Premier League table last term as they secured qualification for next season’s Champions League.