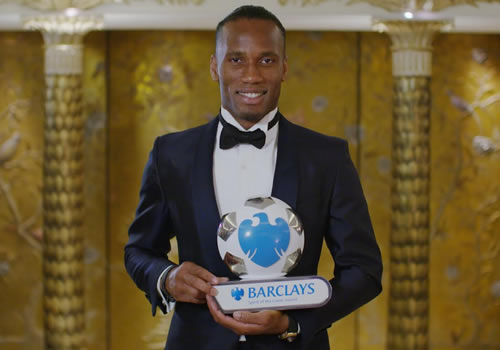 Didier Drogba has admitted that he is “scared” by the potential shown by Romelu Lukaku at Manchester United.

The 25-year-old striker has just completed his first season at Old Trafford after having signed for the Red Devils from Everton last summer in a big-money deal.

The Belgium international netted 16 goals and made seven assists in the Premier League for Jose Mourinho’s men in his first season at the club to help them finish as runners-up to Manchester City in the table.

Lukaku has also been in good form for Belgium at the World Cup in Russia and has netted four goals in his opening two appearances for the Red Devils.

And former Chelsea FC star Drogba has admitted that he is “scared” about how good Lukaku can become if he keeps on developing his game for both club and country.

Speaking to BBC Sport, Drogba said: “I’m really scared he will break a lot of records in the Premier League and at this tournament because he’s only 25.

“He’s got room for improvement though. He can improve his runs and his movement and that’s easy to learn.”

Manchester United will be aiming to challenge for the Premier League title next season as they look to try and win the trophy for the first time since 2013.

The Red Devils finished the campaign without a trophy last term when they were beaten 1-0 by Chelsea FC in the FA Cup final back in May.

Chelsea FC will not sell 22-year-old this summer – report