Newcastle are keen on a deal to sign Kenedy from Chelsea FC this summer, say reports 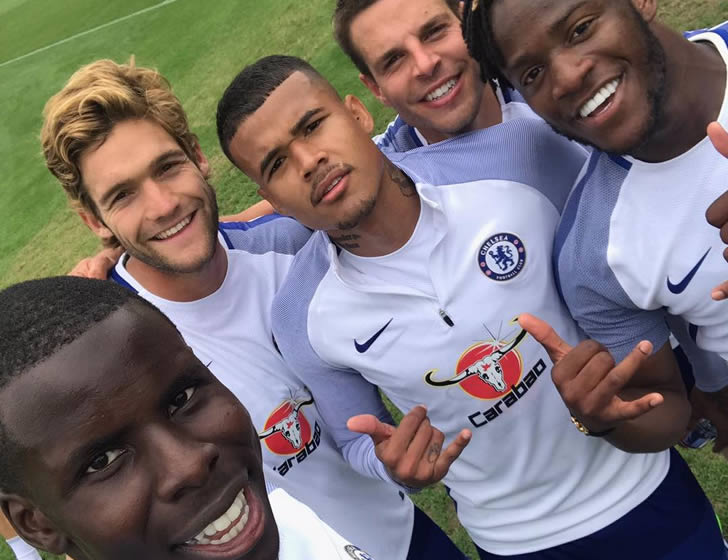 Kenedy with some of his Chelsea FC team-mates Photo: Kenedy / Instagram

Newcastle United are still keen on a deal to sign Kenedy from Chelsea FC on a permanent contract, according to reports in the British regional media.

The Newcastle Chronicle is reporting that the Magpies are keen to wrap up a permanent deal to bring the Brazilian to St James’ Park after his loan spell at the club last season.

Kenedy spent the second half of last season on loan to Newcastle United and impressed under Rafael Benitez, and the Magpies are now keen on a deal to bring him to St James’ Park on a permanent contract this summer.

The same story says that the 22-year-old Brazilian is keen on a permanent move to Newcastle United this summer if it becomes clear to him that he has no future at Stamford Bridge.

The same article says that Newcastle United are hoping to be able to tie up a permanent deal to bring Kenedy to the club this summer for a fee of around £20m.

It remains to be seen whether Kenedy does indeed have a future at Stamford Bridge or not, because the managerial situation at Chelsea FC is still seemingly up in the air.

Antonio Conte is widely tipped to leave the club but there is yet to be any official announcement.